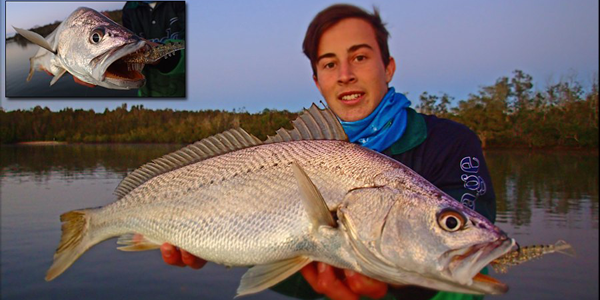 Another perfect weekend on Sunny Coast

Anglers have again been spoilt for choice with the weather again playing the game. Angler headed offshore in numbers over the weekend with some outstanding results. There have been some quality snapper coming from the inner reefs with nice snapper being boated from Jew Shoal and Little Halls. First and last light periods with lightly weighted baits on light line has been the best method.

Sunshine Reef has seen good numbers of squire feeding throughout the day as well as sweetlip, parrot and the odd trout. Nice sized pearl perch are coming from North Reef as well as some quality snapper. TT Vector jigs bounced off the bottom have been proving very successful.

The River has again given us a bounty of great fish over the last week, there have been quality
bream throughout the system. Flesh baits like mullet fillet and salted bonito have been very productive and have been responsible for some quality fish. Tailor have again been on the chew in Woods Bays feeding with numbers of quality trevally, early morning is the prime time. Surface lures like the Strada Float Pencil 70mm have been doing the job.

Flathead have been in good numbers near the mouth of Lake Cooroibah and along the Ski Run, school Jew have also been in the mix with smaller plastics like the Fuze Prawn Head working a treat. Luderick are still in good numbers off the rocks at the mouth of the river, Trevally, tailor, bream and jewies have also all come from the same area.

We have seen some nice Jewies at night from the deeper gutters along the North Shore, fresh tailor fillets, mullet fillet or a large clump of worm are prime baits for jew. Quality bream are still thick along the Southern Beach stretches. Some large ones coming from Castaways right at the top of the tide.

Now for all the latest information log onto www.fishingnoosa.com.au for up to date bar and fishing reports and don’t forget to drop into Davo’s Tackle World Noosa or Davo’s Bait &Tackle Northshore at Marcoola to find out what’s biting and where, and remember Tight Lines and Bent Spines!