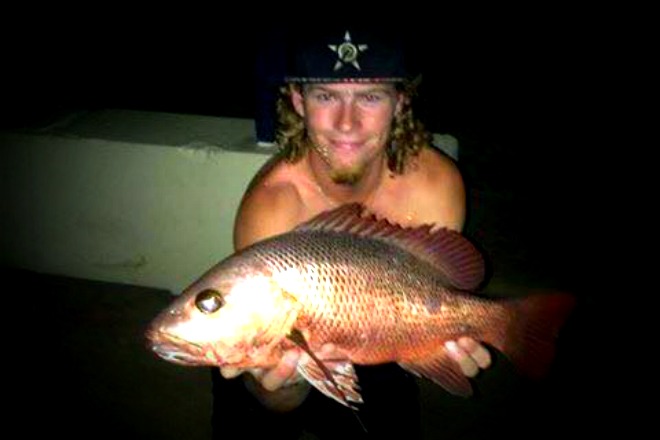 Beautiful Fishing this Weekend at the Sunshine Coast

Well we have some hot, warm conditions to look forward to over the weekend. Finally we can call this beautiful place the Sunshine Coast.

The Offshore conditions are perfect for the early morning fish. Next to no wind and swell have been predicted.

The mackerel will be worth chasing in the sun using some chrome lures, trolling lures and baits. Taking a few bait jigs out with you are well worth it as there are some nice bait balls offshore. Everything is pointing towards a good pelaegic season and it is worth testing the waters now.

Mahi Mahi will be worth targeting over the next few days and trolling the banks are worth it. Look for anything floating as they are known to just sit under them. This could mean something as small as a tennis ball also.
The onshore i will have to say it is well worth having a swim and a fish. Hot conditions will see most either in the air con or at the beach. An early morning beach fish is definitely worth it as the wind and swell are at a low and the people population is also at a low.

Mullet fillets, beach worms and pillies on a set of gangs are the pick of the baits while some fresh pipies won’t go astray either. The rivers and estuaries are better fished on the run out tides with live yabbies, poppers, soft plastics and divers. Sit on the sand banks and hit the drop offs for some nice elbow slapping whiting and flathead. The Mooloolah River mouth is perfect for some high tide antics with school Mackerel still around I would be throwing a few floating pillies on gangs and chrome lures off the point.

Trevally are known to hang around the edges of the basin and the rock walls so if you like action on light line try for some trevally using similar tactics.

There are plenty of mangrove jack still in the system banging up prawns on the edges and around the pilons under bridges. The upper reaches and dirtier water has been the better locations and using prawn lures, soft plastics and live bait have been the better strategies used.

About Kawana Bait and Tackle