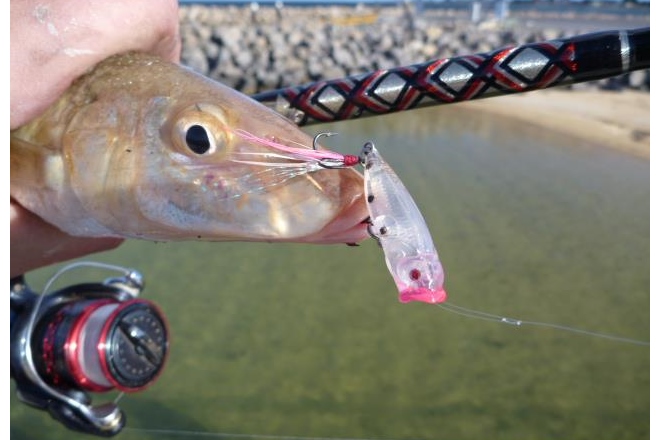 Well good news is that all our local rivers have cleaned up nicely with the big tides we had through last week.  This weekend’s forecast does no look too bad with Saturday being the pick of the two at this stage. There has been a few mixed reports from the Burnett this week.  We have heard of some massive grunter and flathead caught on both soft plastics and fresh baits, more towards the mouth of the Burnett. Austoft Rocks has also been holding a few fish, anglers using livies and flesh baits have had epic sessions on jacks and the odd barra this past week.

The prawns are a little patchy but with a bit of effort most guys are bringing home a good feed. The crabs have really fired up since the rain with some top quality crabs potted lately in the Kolan and Burnett Rivers. If weather permits chasing the mackerel, which seem to be in big numbers right along our coastline, could be another fantastic option.  The inshore reefs such as the Artificial Reef, Ryan’s and the two mile have all produced some cracker school mackerel and the odd big Spanish

by trolling spoons and hard body lures that dive between 3-5 metres like the halco scorpion doing the damage.

Casting and retrieving lures like the flasha lures have been working best on the school and grey mackerel.  Just remember these lures work best retrieved at high speed. We haven’t had many reports from the reef fishermen due to the weather, here is hoping a run of good weather is just around the corner. Lake Monduran seems to have settled and a few barra have come out to play the game.  In past years Monduran generally fishes its best as the water just starts to cool down around March/April, so let’s hope we don’t get too much more rain and we can get this fantastic dam back to its former glory.