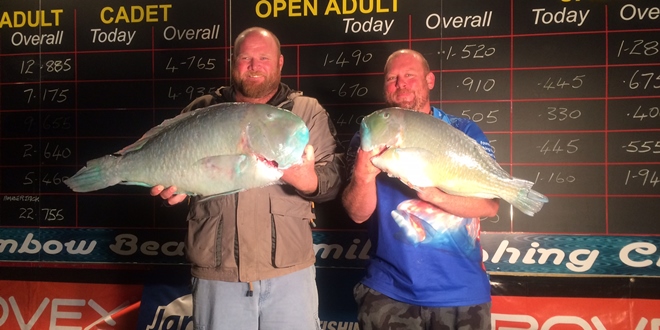 It’s been a busy week with plenty of visitors in town for the school holidays as well as the annual Rainbow Beach Family Fishing Classic.

The past week has seen a number of good fish being weighed in with a few stand outs amongst them including a cracking 9.655kg Blue Parrot or Black Spot Tuskfish on Thursday night.

This year has seen some of the best weather for the comp & as a result the quality of fish being caught has certainly been a reflection of this.
There has also been a number of good flathead being weighed in with the current leader tipping the scales 2.3kg gilled & gutted.

There has also been a few reports of some oversized models that have had to be thrown back including an 81cm monster taken by one local angler.

If you’re targeting flathead try working the feeder creeks & drains on the run out tide or fish the shallows on the start of the run in.

Trolling hard bodies lures is a great way to cover ground to locate the fish. 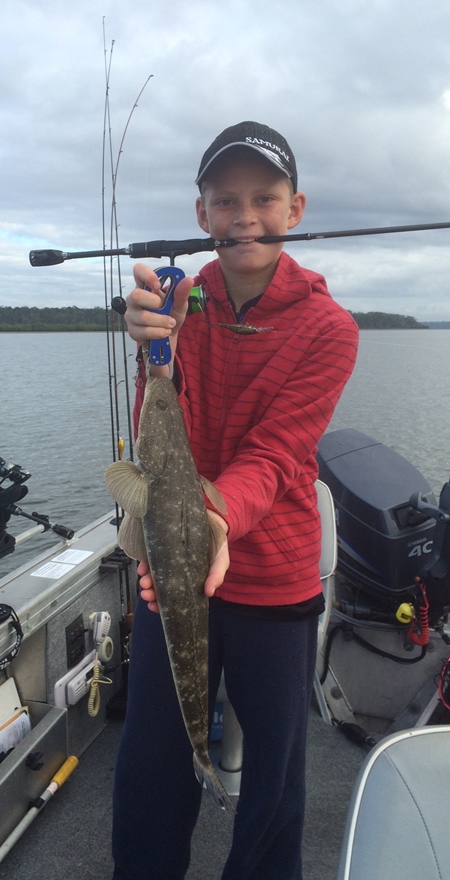 Lures such as Atomic Shiner 60, Lively Micro Mullet & Sebile Koolie Minnows worked at a speeds around 2.5-3knots work a treat.
The beach has been fishing well although there is still no sign of the big greenback tailor with the current leader only weighing 1.5kg.

There has been good dart, whiting & bream all coming off the beach with a couple of the whiting around the 400-500g range.

If you’re looking to wet a line before the comp wraps up on Saturday, try areas such as Pelican Bay, Kauri Creek & Tinnanbar for whiting, bream & flathead.

Or hit the beach north of the Rainbow Township for tailor, dart, bream & whiting.
Don’t forget the weigh-ins start early on Saturday from 3-5pm to make time for the major prize draw.

Until next week, be safe on the water.