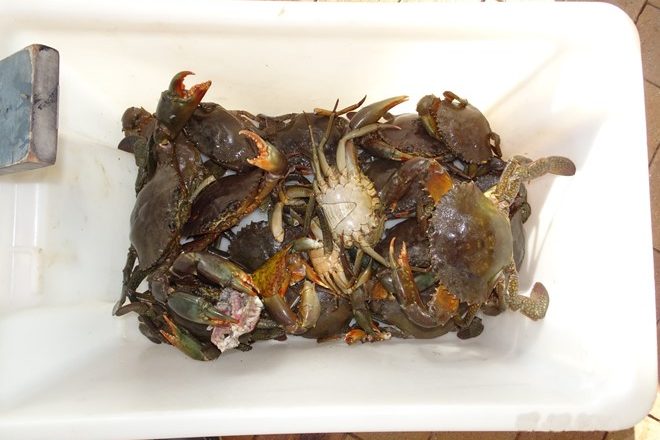 Two fishers have been fined $15,000 for attempting to conceal illegal mud crabs in a wheelie bin.

Two fishers have been fined $15,000 for attempting to conceal illegal mud crabs in a wheelie bin at Hope Island. Queensland Boating and Fisheries Patrol officers searched a property and found a bag of 21 live mud crabs (including 13 undersize male and 8 females) hidden under rubbish in a wheelie bin, despite being told several times that there were no mud crabs in the house.

Two fishers were charged with a total of ten offences under the Fisheries Act, including obstruction and using excess and unmarked apparatus, and both pleaded guilty to the charges in court.

Luckily, officers released all mud crabs alive into the Coomera River on the day the offences were detected.

Report unlawful fishing in Queensland by calling the 24-hour Fishwatch hotline on 1800 017 116 (toll free within Queensland).