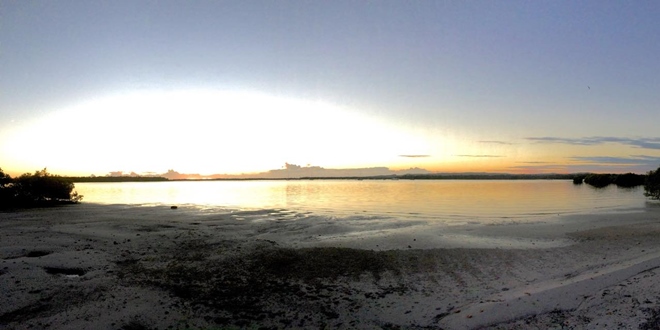 Flathead throughout Tin Can Bay

Well its official; winter is here!  With temps dropping to only 2 degrees this week it has been time to break out the winter woollies AKA socks with the pluggers!

The Rainbow Beach Family Fishing Classic wrapped up last weekend & despite being a little down on numbers from last year it was in my opinion a roaring success.  Whilst in true fishing comp weather we did get a few wet and windy days we were still blessed with some glamorous conditions to the majority.

On the fishing scene there has still been good numbers of flathead about with areas such as Carlo, Alligator & Teebar creeks all worth a shot a couple of hours either side of the run out tide.

If it’s whiting you’re after try between Norman Point & Crab Creek for diver whiting with the bonus of a few squid or when the wind drops away try around Tinnanbar or the mouth of Kauri Creek.

Looking at the weekend ahead tomorrow is looking to be a little chilly however the wind is only expected to be between 5 – 10 knots all weekend.

If you’re not on the water make sure you drop by the store this Saturday the 18th of July for our stocktake / car park sale.  With loads of gear reduced to clear to make way for new models being released at the AFTA trade show later this month.  Doors will open from 6am so stop by before the TCB Markets & grab a bargain.

Until next week have a great weekend & stay safe on the water.