Get offshore for reds, mackerel and cod around Bundy

With light winds expected, the weather forecast for the Bundaberg area looks okay for the start of the Easter holidays.

Unfortunately there’s a good chance of light showers and thunderstorms most days.

Early in the next week the bigger boats should get a chance to get out wide and chase some quality red emperor, pearl perch and cod.

The islands have been producing some nice coral trout, sweetlip, parrot and hussar.

Even the Northern and Southern Gutters have been fishing well for both pelagic and reef fish.

The inshore reefs such as the Four Mile and the Cochrane Artificial Reef are producing snapper and large grunter as well as mackerel and queenfish, providing lots of reel-screaming action.

There have been good reports of spanish mackerel still out around the Five Degree mark, with most boats managing to land their bag limit.

All the local rivers are fishing well.

The Kolan will be a popular destination over Easter and there’s been good reports of bread-and-butter species like bream and whiting caught around the many sand bars.

Easter on the Kolan is always worth putting a few pots in for a feed of mud crabs.

The Burnett should fish well this weekend.

The whiting seem to bite better on the bigger tides.

Yabbies remain the number one bait doing most of the damage.

Some really nice grunter and jack have also been caught this week on both bait and soft plastics.

Lake Monduran is another popular spot for Easter and the good news is, according to two local guides on the dam, a few barra have been landed.

From all the team at Tackle World Bundaberg, have a fantastic Easter break.

Luke Truant with a whiting he caught in the Burnett River. 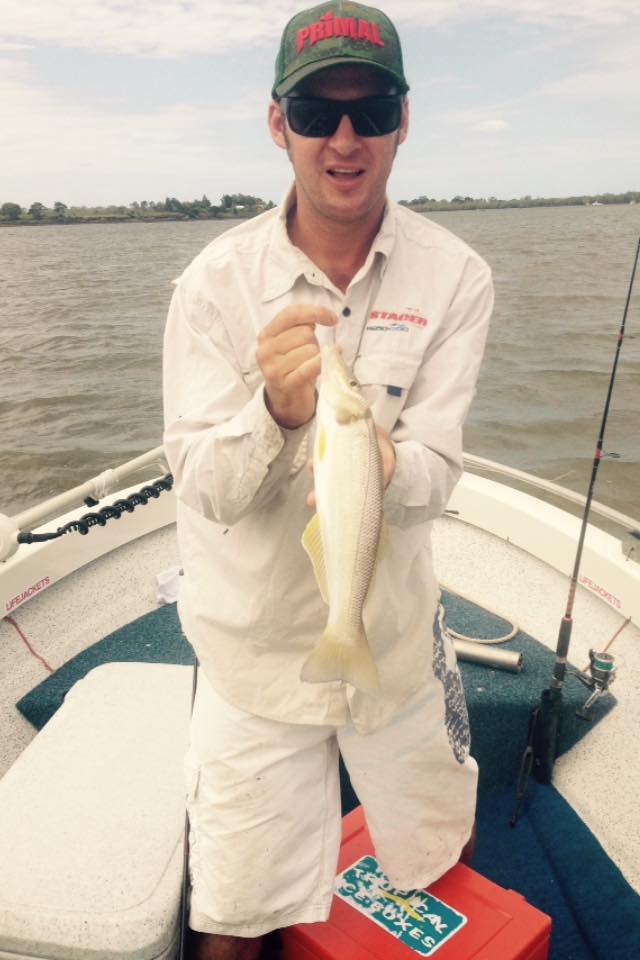