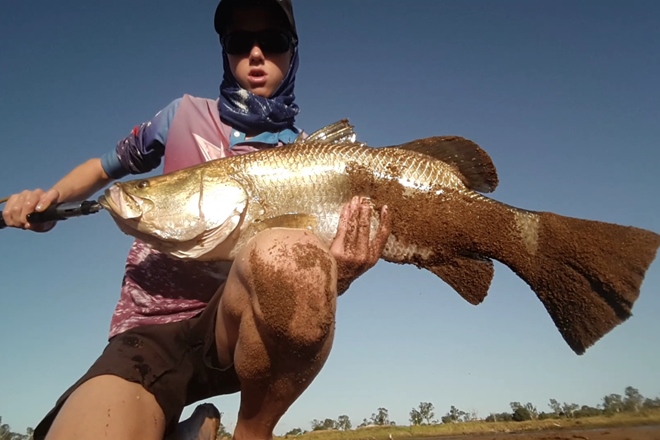 How good was it last weekend to see some great offshore fishing weather around Bundaberg region?

Even though the tides were big, some quality fish were caught.  Plenty of coral trout, sweetlip, parrot, hussar and a few red emperor were all caught. There was also good numbers of cobia and spanish mackerel caught by trolling dead baits or large Minnow lures, with the Nomad DTX Minnow being the red hot lure. There appears to be plenty of mackerel – both school and spotted – and heaps of tuna about along the coast.  Casting metal chrome spinners into the feeding schools has been the way to go.

The rivers and creeks are still fishing well.  There has been a good number of bream making their way up the river with most of them being caught on the rock walls on Gulp Soft Plastics. There are a few summer whiting and flathead about, but further upstream has seen some grunter and both blue and king salmon, with the salmon being caught on Soft Vibes.

The prawns have slowed, so hopefully they’ll be back.  There are a few mud crabs about so dust off you pots and try your luck.

Barra have been on the chew at Lake Monduran with plenty of good sized barra being pulled out of Bird Bay.  Most of the points leading into the bays are the spots to look.  Barra to 104cm have been caught this past week.  Lures such as the Jackall Squirrels and Smash Minnows have been the best hard bodies and Squidgy Slick Rigs and Zerek Flat Shads have been the best plastics for the Monduran barra.