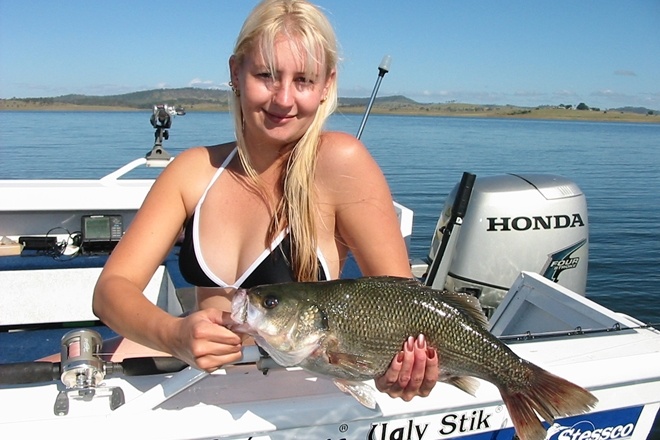 After 20 years sitting on the author’s transom, the Honda BF30 is still going strong and a true testament to the Honda brand.

BOOKING my 30hp Honda outboard in for a service recently, I was asked the year of manufacture and surprised myself when I realised this engine had been sitting on the transom of my boat for 20 years. In that time, the Honda has pushed the boat around an extensive range of environments and scenarios along the eastern side of the continent.

The earliest outings were to far north Queensland and the Atherton Tablelands, where stunningly large barramundi came over the gunwales when trolling freshwater lakes. In the same region, we ventured westward to the Mitchell River in pursuit of sooty and coal grunter in slow flowing tea-tree and pandanus-lined billabongs. Closer to home, the Honda proved up to the task leaping on the plane to chase flighty schools of longtail tuna on Moreton Bay.

Blue water trolling for spanish mackerel and smaller versions can be taxing on fuel supplies, but the Honda was pleasingly frugal after long days towing lures around at six knots. We’ve also pressed the Honda into service in skinny water in the upper Murrumbidgee River, where the motor needed to be trimmed to push us over shallow rapids in search of green fish. Chasing Murray cod also saw the Honda clock long hours trolling at idle speed in freshwater lakes, including the snag-strewn water of Lake Mulwala in Victoria.

Drifting along tidal estuaries while casting lures to snags in search of various critters ranging from flathead and estuary perch on the mid-NSW coast to mangrove jack, barramundi and trevally in the tropics saw the Honda idling in neutral and occasionally clicked into gear to reposition the boat. The BF30 technical specifications – it’s a three-cylinder, triple carburetted, 552cc with a single overhead cam and two valves per cylinder.

The dry weight of the long-shaft model is 72kg, which is comparable to competitors who claim their engines to be the lightest on the market. Newer models are available with power or gas assisted trim and tilt on the tiller arm, where my old 2000 model is manually operated for both functions. From the factory, mine came with a 9 7/8 x 12 alloy propeller, which works well on my rig but if you’re carrying heavy loads you may want to look at a shorter pitch for quicker hole shots.

In short, the BF30 Honda has proven to be exceptionally reliable and has started without hesitation, even after I had it sitting in the shed unused for 12 months when I fished exclusively from the kayak. The smooth quiet operation is outstanding, making days on the water worry free and allowing my granddaughters and I to indulge in a bit of wildlife spotting. Fuel economy is miserly, regardless of what type of operation is required on the day.

Idling while either trolling or drifting uses so little fuel that I fish for days without checking the fuel tank. My second outboard from this manufacturer, with reliability like this you can bet my next will be another Honda. I simply cannot find fault with the BF30, and I am very demanding of my equipment.