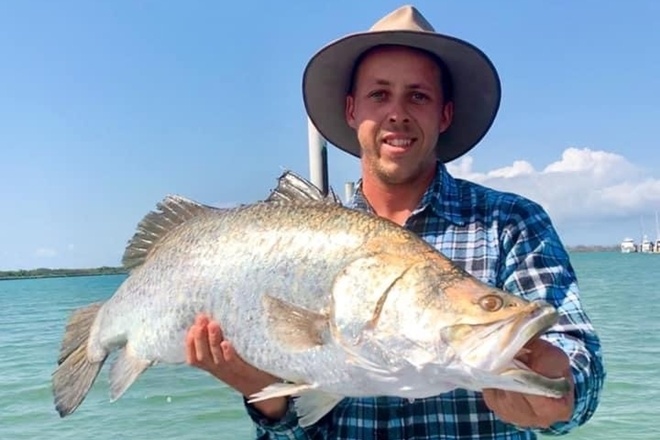 Inshore action while reefies have a break

With the Coral Reef Fin Fish closure being from  the 14th to the 18th of October,  the reef fishing around the Bundaberg area will be out of the picture this weekend.  Lucky there’s plenty of schoolie mackerel on the inshore reefs to keep us amused.  Fast-retrieving Flasha spoons off the bottom and sinking lightly-weighted pilchards to the bottom will be the standout techniques.  Remember to stay away from using metal leader for schoolies, as this will put them off the bite.  Using 60lb and 80lb leader will be fine.

The Burnett River has produced some very nice barramundi over the past couple weeks!  I’ve heard that quite a few that have been caught are measuring up towards the metre.  Soft vibes and big live baits have been getting the bite.  With the big tides this weekend, fishing the tops and bottoms of the tides will be super important to be there at bite time.  There has been some very nice grunter and bream caught in this system as well.  Don’t forget to throw the crab pots in with these big day and night tides.

The mangrove jack in the Baffle and the Kolan have really started to fire up with these warmer days.  Plenty of 50cm+ have been caught in both these systems.  Slow-rolling paddle tail soft plastics out of mangrove roots and rock bars has been the standout technique.  I’d be thinking about going to the areas with less run because the new moon tides will be pushing some water around.  There has been some very nice sized whiting being caught as well. That new moon should definitely get them chewing so pump some yabbies and fish the incoming tide and get a tasty feed.

The water temperature in Lake Monduran is on the rise and so is the mood of the barramundi.  It’s fantastic to see so many anglers back at the lake chasing barra.  Last weekend plenty of barra were caught close to the magic metre on suspending hard body lures and 5” to 7“ soft plastics.  Even trolling hard body lures in the main basin has also been working well.  Let’s hope this action continues throughout the summer.