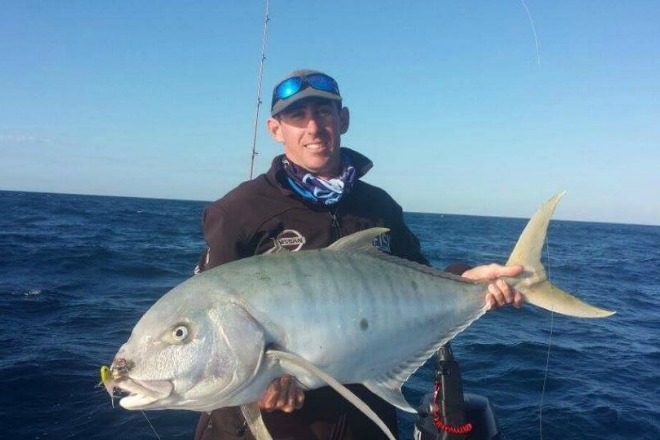 LOOKING at the latest forecast, things around the Bundaberg area may come good for some offshore fishing, so fingers crossed.

Also, keep an eye on the latest forecast before heading out, as the predicted northerlies can be unpredictable.

The mouths of most of the rivers have been fishing well with some school mackerel, tailor and a mix of trevally and queenfish all being caught.  Most of these species have been caught by trolling metal lures, with the Flasha Lures Spoon being the hot favourite.

Most of the sand bars throughout the rivers have been producing some good numbers of big whiting and flathead.  Most have been caught on the first of the making tide with soft plastics working really well on the big flathead, with Berkley Gulp Swimming Mullet being a red hot favourite plastic.

The rock bars and rock walls throughout most systems are producing a few fish with cod and mangrove jacks being commonly caught, and small hard body lures have been working well.  Fishing the run-out tide has been the key to catching a jack.

The town reach of the Burnett River is still producing some great fishing with some large flathead and grunter being caught as well as a few big blue salmon.

Lake Gregory has been fishing well for bass with a lot of fish being caught in the middle of the lake.  Most bass have been caught on small metal blade lures fished close to the bottom.

Lake Monduran produced some red hot barra fishing this past week with some big fish being caught with one measuring 108cm.  A lot of the barra have come out of the north arm of the “B” section.  A couple of stand-out lures for the big barra have been the Jackall Squirrels and the Jackall Smash Minnows.

Till next time, Tim Mulhall