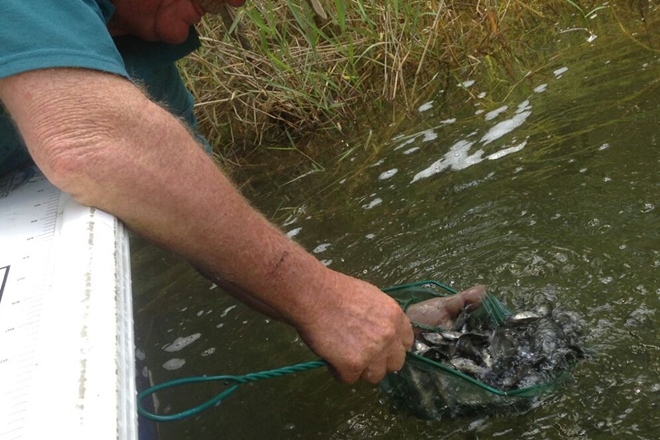 Magical time to wet a line around Bundaberg

With the school holidays set to start this weekend, and Christmas only a few weeks away, this is always a magic time to wet a line around the Bundaberg region.

Unfortunately, the weather man is predicting moderate south-easterlies with the chance of a shower or two for this weekend, restricting any fishing to our local rivers and impoundments.

With the full moon next Wednesday and the bigger tides, this is generally a prime time to target some big summer whiting around the shallow sand bars in all our local rivers.


The Burnett has still been one of the most consistent rivers to produce a feed.  A few mangrove jack, big grunter, flathead and the odd blue and threadfin salmon have all been reported this past week.

Just keep an eye out for those large banana prawns that should pop up leading towards the full moon.

It would also be worth dusting off the crab pots as some nice muddies have been caught, with the Kolan and Burnett rivers being two stand-outs.

Lake Gregory has been fishing very well for bass and the odd saratoga.  It is awesome to see that the saratoga are starting to be caught on a regular basis in this fantastic little impoundment.  The bass are smashing surface poppers early around the lily pads and weed edges, then as the day heats up, try fishing sub-surface.  Spinnerbaits, Jackall TN60s and soft plastics are all working very well.

Last Monday morning, I was lucky enough to go up and help release another 9,000 barra fingerlings into the very top of Lake Monduran.  By putting these fingerlings that averaged around 100-120mm so far up the dam, this may help more barra if the dam floods and goes over the slipway.  These fingerlings came from the Gladstone Hatchery and all looked super healthy, and quickly made a new home in the lush thick weed.

I also hooked three barra that morning and saw plenty of others caught, so the future for Lake Monduran is looking bright.