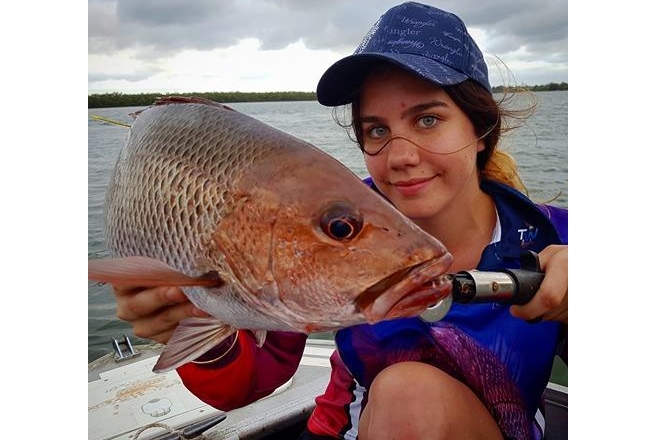 Earlier this week saw the end of the annual barramundi closure, so we can now target barramundi in salt water.

Even though the season has been open only for a few days, some quality barra have been caught. Most of the barra have come out of the deeper holes, and live-baiting with large poddy mullet has been the way to go. Plenty of small barra have also been caught on soft Vibe lures.

There is still a good number of large mangrove jacks about, mainly along the rock walls. Most of the better quality jacks have been caught on the run out tide using 3 inch to 4 inch paddle tail soft plastics.

Most of the sand flats have produced plenty of whiting and flathead with the first of the making tide being best.

There is also a good number of grunter throughout the local rivers around Bundaberg.

Some of the open beaches have been producing a run of swallowtail dart and a few big whiting. An early morning high tide seems to be best.

Lake Gregory has fished well these past few weeks with plenty of bass and saratoga being caught, and Bassman Spinnerbaits have been working best.

Lake Monduran has also fished well this week with good numbers of barra being caught from Bird Bay up into the north arm of section “B”. Some barra to the magic metre mark have been caught with plenty in the 50cm to 70cm range. Zman Swimmerz soft plastics have been the red hot lure for these barra.