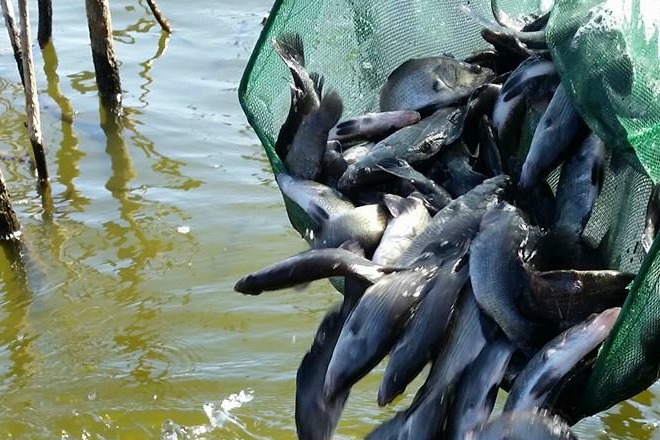 Well, Christmas is almost here and I’m sure the big man in the red suit is busy getting his orders ready and preparing for his once a year trip.

By now most school kids will be on holidays and families preparing for some time off during the Christmas period.

At this stage the forecast for the Bundaberg area doesn’t look too bad to get out and wet a line this weekend.  With light northerlies predicted, it will be a case of wait and see as the weekend approaches.

With the new moon on Friday night there will be bigger tides around our rivers.  This is generally a prime time to target some big summer whiting around all the shallow sand bars.

Most of the reports that have come in during the week have been all from our local rivers and impoundments.

The Burnett has still been one of the most consistent rivers to produce a feed.  A few nice mangrove jack, grunter up to 60cm, flathead and the odd blue and threadfin salmon were very active in most of the local rivers last week.

Just keep any eye out for those large banana prawns that seem to pop up around either of the moon phases.  Some really nice mud crabs are also just starting to move so dust off the pots and try to catch a fantastic feed for Christmas.

Lake Gregpry has been on fire for bass.  Tackle World Bundaberg team member, Shane and a mate had a fantastic session early Tuesday morning before work.  The two lads managed to land 20-30 bass in just a few hours.  The bass responded to many different techniques with surface poppers, soft plastics and spinnerbaits all catching some nice bass.  I believe the Bundaberg Sports Fishing Club has released a heap of bass and even a few more saratoga into this top little dam recently.

Lake Monduran has also seen a truck load of barra fingerlings released last Saturday morning.  The new “Sponsor a Barra” shirts are available now.  They look fantastic and all profits go back into putting more barra fingerlings into Lake Monduran.  I believe it won’t be long before this dam will be back to its former glory, where everyone was catching ”meteries”.  I plan on heading up to the dam on Saturday morning and will report more on the dam next week.