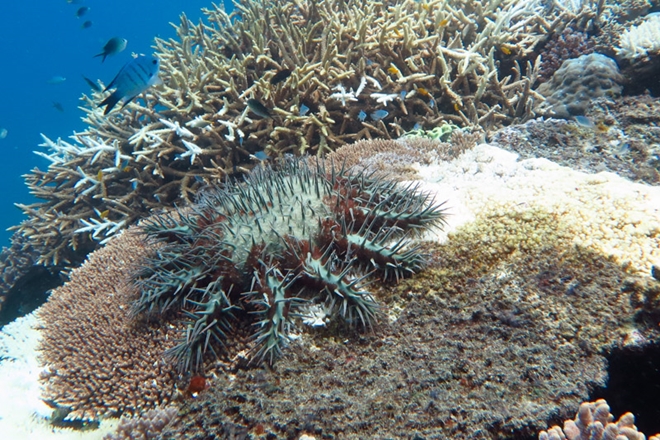 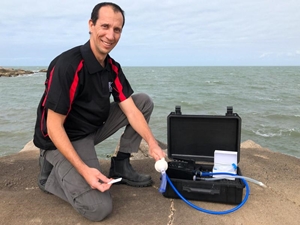 Researchers at the Australian Institute of Marine Science have developed a dipstick test that can detect crown-of-thorns starfish (CoTS) on coral reefs by using the same technology as home pregnancy tests.

The dipstick, which is designed to be used in the field, measures specific DNA that CoTS release into the seawater. The rapid test can detect very low numbers of the coral-eating pest, which can be difficult to spot with current survey methods.

“It’s the sort of technology we would love to get out to as many people as possible, because the more people that are doing this kind of test, the more information we have about the location of CoTS and the better management outcomes we can achieve,” Mr Doyle said.

An average adult CoTS (Acanthaster cf. solaris) can eat up to a dinner-plate amount of coral every day, and outbreaks contribute considerably to the loss of corals on the Great Barrier Reef. There have been three outbreaks since 1962, with a fourth outbreak currently underway.

The native starfish often hide under or on coral plates, while younger CoTS can be as small as a couple of millimeters. This makes it harder for traditional diver surveys to spot the creatures and identify emerging outbreaks.

“Organisms leave a genetic shadow wherever they go, so we use the genetic shadow of CoTS in seawater to flag the presence of both adults and babies,” Mr Doyle said. “But if this technique was really going to be an early warning system, we needed to bring our validated tools for  environmental DNA (eDNA) detection out of the lab and into the hands of non-lab people in the field.”

For their recent study, Mr Doyle and his AIMS colleague Dr Sven Uthicke turned to the world of human diagnostics for the answer. They adapted an off-the-shelf dipstick and a technology called Lateral Flow Assay (LFA) to detect DNA in marine environments. LFA has been used for many years in home blood sugar and pregnancy tests, and more recently for Coronavirus tests.

The new test can measure very small amounts of CoTS DNA, down to 0.1 picograms, making it potentially sensitive to very low densities of the animal. Like its human-diagnostic counterparts, the CoTS dipstick tests reveal a positive response via the appearance of a stripe.

Researchers collected seawater samples from Lizard Island, north of Cairns, and Elizabeth Reef, north of Mackay, and found CoTS DNA where traditional survey methods did not find any of the animals.

Mr Doyle said the study was the first step in developing a tool that could eventually require just a few drops of seawater to detect CoTS. He also stressed that the new method is not an alternative to survey methods but would enhance their cost effectiveness.

“We see it as a way to raise the red flag so we know there’s probably a good reason to get people in the water in this spot, but not that spot over there, maximising the use of resources such as divers, boats and other infrastructure,” he said.

This research was published in the journal Environmental DNA and supported by a National Geographic Society grant and the Ian Potter Foundation. 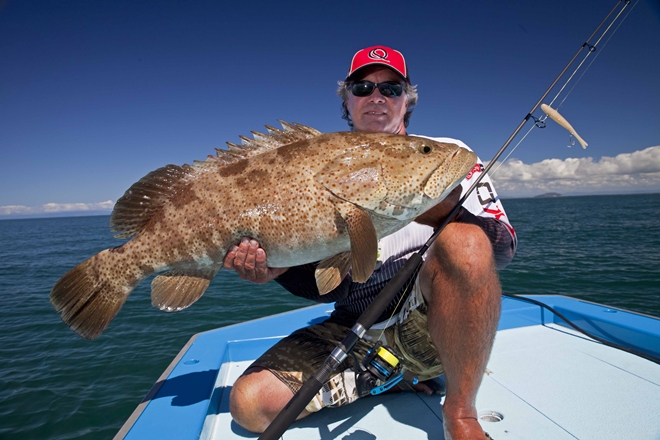 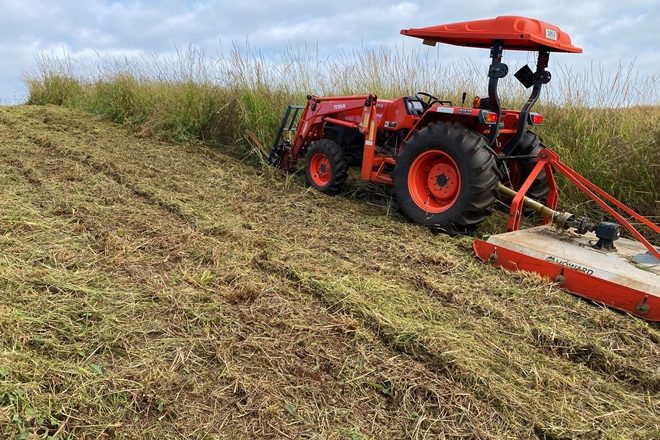 Fish habitat action in a tributary of Tuckean Swamp 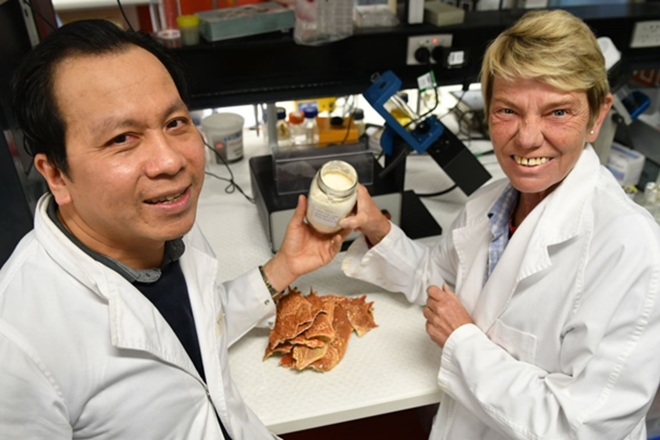 Cashing in on marine by-products 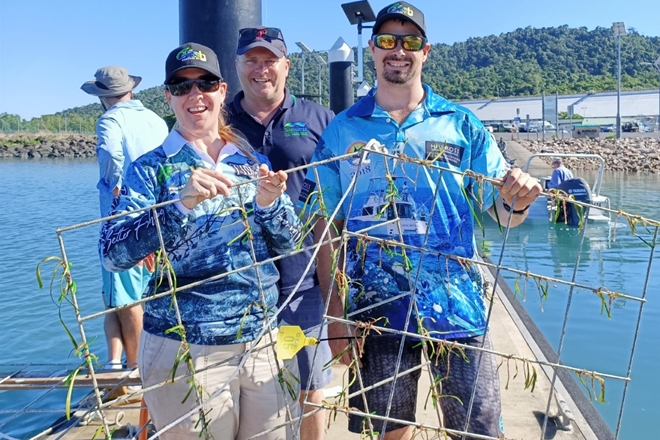 A PILOT project to restore seagrass meadows at Mourilyan Harbour southeast of Innisfail, has started …