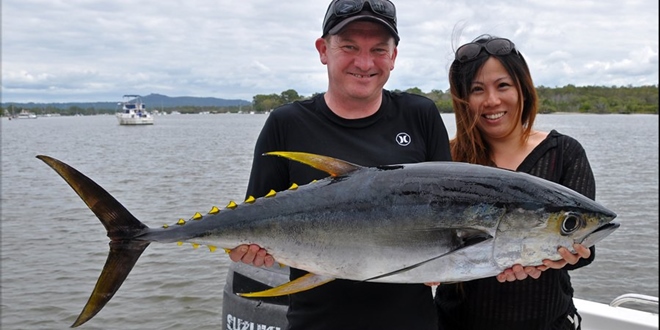 Noosa is looking great for the Easter break and if the weather plays the game we should see some sensational catches.

If this week is anything to go on the fishing will be exceptional both offshore and on.

Small metal slugs and micro jigs have been working well for the tuna, with the odd fish being caught on floaters.

Some of the standout jigs have been the Shimano Colt Sniper & Colt Sniper Fall and Maria Shoretrickers.

The Banks has again fished well with some great snapper around the 4kg mark right on the high tide, there is a fare bit of run so the bigger snapper sinker are a must.

North Reef has also been firing with good numbers of spotted and spanish mackerel.

A good berley trail will help to keep the fish around the boat, cut up pillies are your best bet.

Reefies have also been on the chew with pearl perch, tusk fish, squire, cod, teraglin jewfish, sweetlip and hussar all hitting the decks.

In the river we have seen some great fishing with the bread and butter species fishing well along the Gympie Terrace stretch.

There have also been good sized bream on small pillies and strips of bonito along with the odd mangrove jack.

Around the Frying Pan whiting have been the main target with good numbers and quality fish being caught on live worms/yabbies, surface lures and even Cranka Crabs.

Cranka crabs perfectly imitate a small crab which the whiting can’t resist. Bream, flathead and tailor also being caught whilst luring for whiting.

On the beach there have been some great sized swallow tail dart with the area north of Teewah on Noosa’s North Shore really firing, with the early morning tides we will see this week it is a perfect time to hit the beach.

Don’t forget your permits if you are heading up that way.

Now for all the  latest information  log onto www.fishingnoosa.com.au for up to date bar and fishing reports and don’t forget to drop into Davo’s Tackle World Noosa or Davo’s Bait & Tackle Northshore at Marcoola to find out what’s biting and where, and remember Tight Lines and Bent Spines!

Emily Muir won the $50.00 Davo’s Fish of the Week prize with this 4kg+ snapper that she boated on a Trekka 2 charter to North Reef. Photos: www.fishingnoosa.com.au 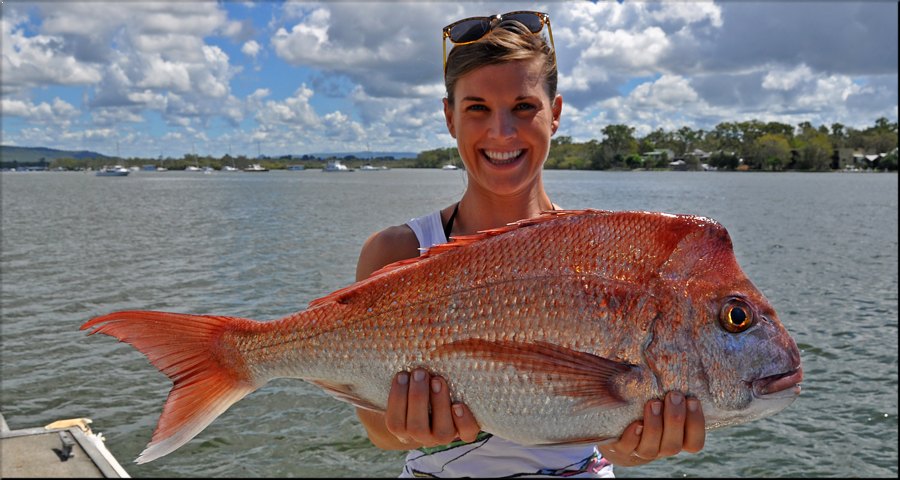