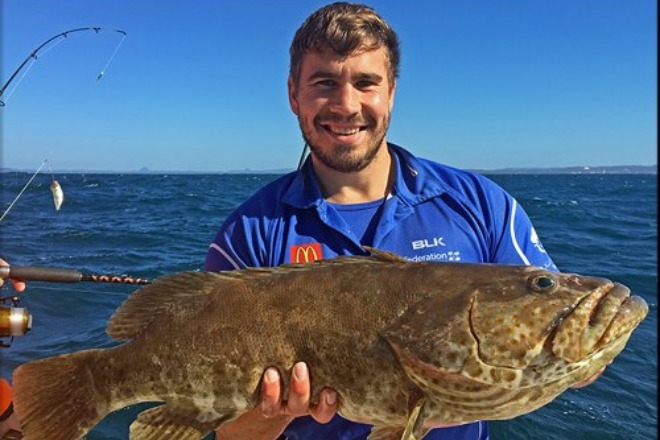 WITH the near perfect winter day we have been experiencing over the last week the Noosa River has been a hive of activity with angler and holiday makers making the best of the conditions.

Bream are thick throughout the river system and this has provided lots of entertainment for the kids on school holidays. Small pieces of worm, prawn or mullet have been doing the trick with some larger fish taken around structure.

Quality flathead have been coming from the river mouth area. Small Instinct Red Eye twitch blades hopped along the bottom have been a good way to target the lizards. Be sure to keep in contact with the line on the drop as this is more often than not when the flathead will grab them. There have been good size luderick in numbers off the river mouth car park rocks. Pieces of weed under a float have taking majority of the fish.

Jewies have been taking live baits and soft plastic presentations fished hard on the bottom in the ski run. Bigger fish have been eating the 20g Fuze Pulse soft vibes. These are heavy enough for long casts which makes covering ground a lot easier. Good sized mud crabs have been on the move after the rain. Fresh mullet has been the best bait.

On the offshore scene, quality snapper, pearl perch, trag jew and big cod have been coming from North Reef. Lightly weighted 12cm Westin Shadteez plastics, fished through a berley trail has been a successful method of targeting the bigger snapper. Chardons Reef has also been firing with jew, pearlies and sapper, moses perch and some solid blue fin tuna caught. Big cobia are also around as they tend to follow the whale on their annual migration. Closer in Jew Shoal has seen some good snapper. The odd spanish and spotted mackerel has also been caught. Good old Sunshine has again got the runs on the board with some quality sweetlip coming from the bottom. Conditions have been a little lumpy but still very fishable. Most angler have been making the run outside early and pulling up stumps before the breeze picks up later in the day.

On the beaches the gutter around Peregian have been productive for bream and dart, a couple of quality jew have come from the top end of Sunshine Beach on fresh mullet and tailor flesh baits. The Noosa North Shore has seen some good tailor from the gutters on whole pilchard baits an mullet strip baits, bream, dart and the odd flathead also inhabited the same gutters. With the high tide early morning and late afternoon angler were making the most of the perfect conditions on the beach.

In the Fresh Water; Lake McDonald has seen some quality bass coming from schools in the main basin. Hot Bite tail spinners a popular lure to hop through the schools.