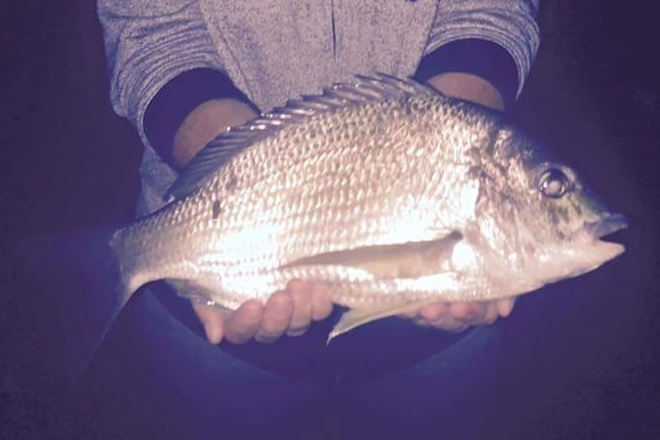 We saw a week of reasonable weather this week around the Bundaberg area, with the light winds we experienced this past week and it’s given an opportunity to allow plenty of boats to head offshore.  Although the tides were big on the back of the full moon, some quality fish were caught.  Areas such as the Warrego’s, Five-degree patch and the Northern & Southern gutters all produced some nice snapper, coral trout, sweet lip and odd spanish mackerel.

We will just have to wait and see what the winds will do this coming weekend.  It is predicted to pick up Friday but ease over the weekend.  This may restrict fishing to the close in shore reefs and our rivers and impoundments again.

The local river mouths are producing plenty of big school mackerel, trevally and queen fish, caught on poppers and metal slugs.  The Burnett River has continued to fire and some monster bream have been caught on soft plastics and baits.  Areas such as Kirby’s Wall and North Wall being two hot spots.

There has also been good numbers of flathead, big blue salmon, grunter and the odd mangrove jack and barra being caught. It is great to see the Burnett River so healthy.  The river is holding huge amounts of bait fish and prawns which has been attracting better class of fish to the Burnett.

Lake Gregory’s bass have been a little tricky to catch as the dam is going through a transition phase and I am sure as it gets cooler the bass school up and the dam will be back to its best.

Lake Monduran is still producing some red hot barra fishing, I have heard of at least 15 barra caught last Saturday with some barra up to the magic meter landed. Most of the barra were caught on Jackall Squirrels but soft pulse vibes also accounted for quite a few barra.  The action up at the dam should continue for the next few weeks before winter really kicks in.