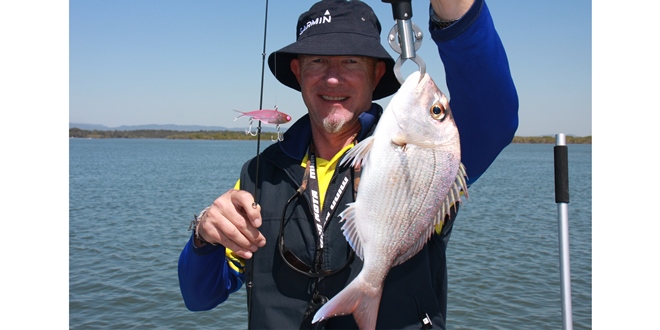 Gold Coast offshore
Good snapper on 18s out to 36 fathoms with very little current, so fish with minimal lead and float pillies and small live baits down a berley trail.

Trag jew, amberjack and kingies have been showing up in the same areas, with some nice flatties on strip baits on sand.

Striped marlin have been hanging around the 250m mark and are being taken on skirts and skip baits.

Broadwater
Plenty of ripper bream have been hooked at the Pin Bar and Seaway and jetties along Marine Parade on baits, soft plastics and Cranka Crab lures have been smashing it.

School flathead are in numbers at Sovereign Island along rock walls.
Hairtail and Tailor in deeper gutters on trolled hard bodies.

Still some Snapper in seaway and pin area.