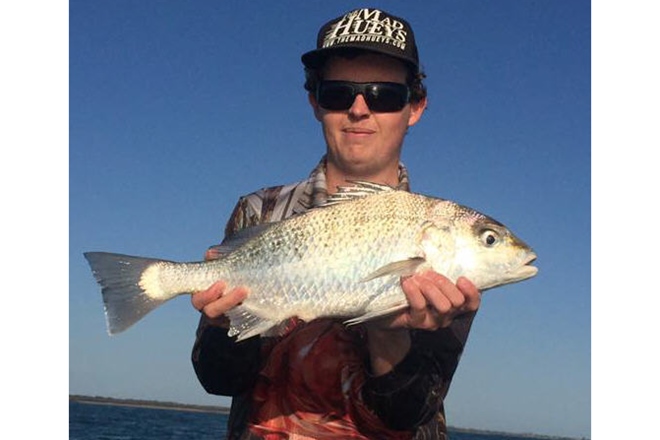 Mitch Beyer with the grunter he caught along the coast this week using a soft vibe.

Well, how hot did the weather get this week around the Bundaberg area? The warm weather brought the water temperatures up and got a few of the summer species really fired up.

There has also been a good number of big grunter and an odd king salmon sitting in the deeper holes.

Most of the sand flats have held good numbers of summer whiting and flathead with the first of the making tide being best. 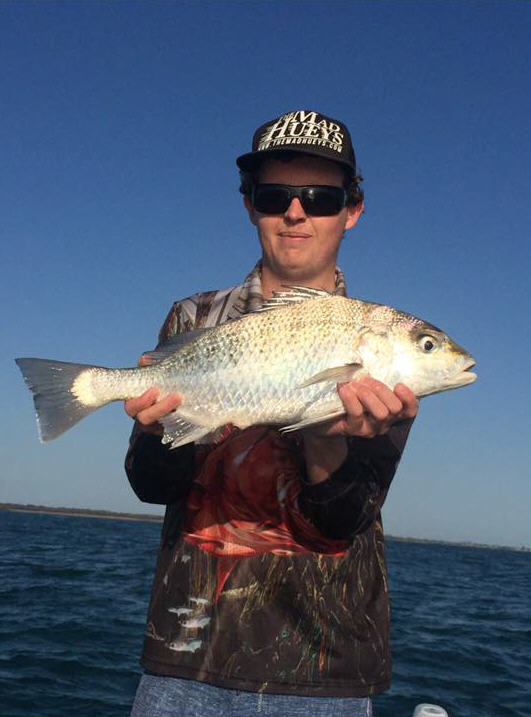 There has been plenty of schoolie mackerel about the river mouths, mainly on the early morning high tides. You do have to be careful measuring them as these schoolies are just on legal size.

There is still a good number of three-tooth jew bout, mainly down around the Port area. Small baits such as a prawn or chunks of mullet have been the best way to catch these jew.

Some of the inshore reefs have produced some quality reef fish, including coral trout, sweetlip, squire and some big grunter with most of these reefies being caught on soft vibe lures.

Lake Gregory has been fishing well for big bass. This time of the year, most of the big bass are caught around the weed edges, and a hot method is to slow roll soft plastics or Jackall TN60’s along the weed.

Lake Monduran really turned it on this week during the warm weather. Barra to 110cm were caught, and four to five fish a session has been common. A lot of the barra have been caught on soft plastics with the Squidgy Slick Rigs and Z-Man Swimmers being the hot favourites.