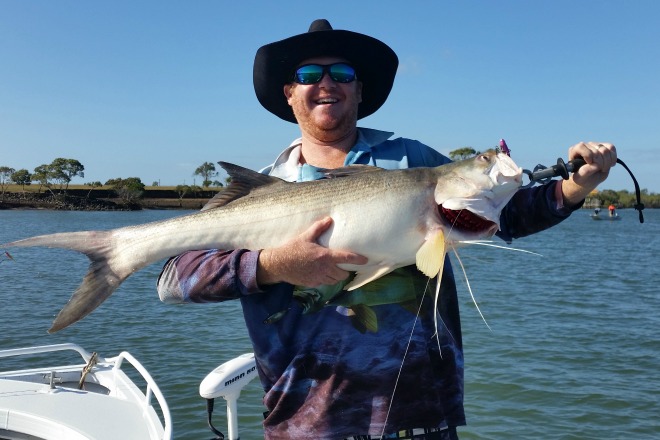 Well as the days are just starting to cool down and the first signs of autumn are upon us, this is generally a magic time of year around Bundaberg.

Over the past week, good reports have come in from all around town.  The Burnett is still alive, the prawns are still in the river in good numbers in the deeper holes. 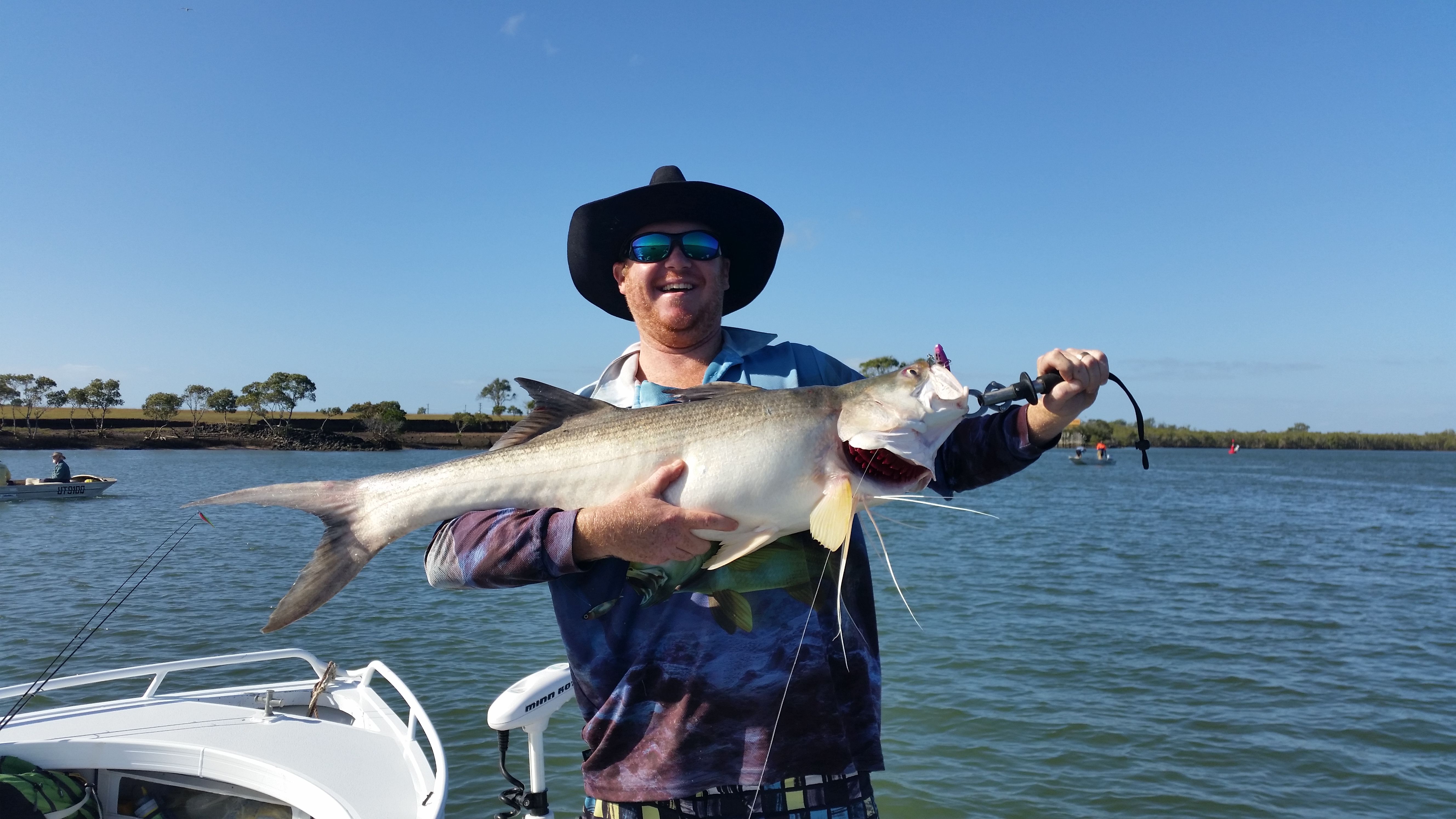 Most of the action has been between the old ferry crossing and Burnett Heads.  Anglers casting vibe style lures around the schools of prawns have caught some big threadfin salmon last week.  Lots of threadies over the magic metre have been smashing through the large amounts of baitfish and prawns.

As the weather cools down the bream fishing should only improve.  All of the rock walls have been producing the goods with bream up around the 40cm mark being caught.  The bait fisherman have been cleaning up using chook gut, peeled prawns and mullet fillet all working well.

The Kolan River is also fishing well, there have been reports of threadfin salmon smashing schools of prawns up in the shallows. There are still a few jack around the snags and rock bars and the flathead should really fire up over the next few weeks.

Just keep in mind that there will be bigger tides this weekend with the full moon Friday night and at this stage it is shaping up like a good weekend to fish the estuaries to try and catch a feed.

There was a good turnout at the ABT Bass Electric at Lake Gregory last Sunday.  By all reports heaps of smaller bass were caught either in schooled bass or around the edges.  I did hear that the winning bass were caught on Slider Grubs and Gulp soft plastics around the weed edges.

It is prime time to have a crack at Monduran’s barra.  As the water temperature is slowly starting to fall more and more the barra are searching for the warmer water back in the shallow points and bays.  One lure that has worked well on the barra this week has been the Strada Dredge 90, this lure dives to 3m and is built for barra with super sharp Shinto trebles.