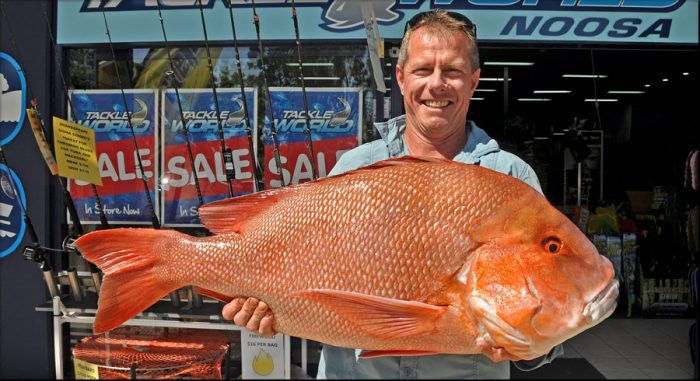 Warm weather brings on the fish

With the warmer weather persisting the river is still producing some great fish, at the Dog Beach the whiting are still in good numbers, in fact a lot of the lower reaches of the river are producing some good whiting.
With the average size of fish being around the 30cm mark, there are a few elbow slappers around that have been belting poppers and stickbaits off the surface, the River2sea Skinny Dogs have been working a treat with a nice walk the dog action.

Some quality size bream have been caught at Woods Bay and around the Hilton Terrace stretch of the river.
Ecogear Breamer vibes and Squidgy Wrigglers have been working well. Prawns, cubes of pilchard and bonito fillets have also done the trick.

There have been plenty of flathead caught throughout the river and at the river mouth. Bouncing soft plastics and blades along the bottom has been very successful along with trolling hard body lures like the OSP Dunk and Power Dunk.
A few larger specimens have been taken on live herring.

Trevally have also been in good numbers, surface popper in the low light periods should see a result.

We’ve seen some nice jacks over the last week taken on live baits, soft vibes and plastics.
With the river mouth, sand bags as well as some nice fish coming from upstream between the lakes.
Davos Tackle World in Noosa has a great range of soft plastic and hard body lures, perfect for chasing those red devils so call in and have a chat to the team to get all the latest.

Offshore has been abuzz with good quality tuna and mackerel, Lagoona Bay has seen long tail and Mack tuna belting large schools of baitfish; metal slugs and soft plastic have been doing the job.

Up on North Reef it has been all about the mackerel, Big Schools of quality spanish and spotted mackerel have been giving angler a great time with some anglers bagging out in the first half hour. Sunshine Reef again has been fishing well with a good mixed bags of reef fish including sweetlip, snapper, tuskies and trout.

A few Anglers have managed to do the trip out to the banks over the last few days.
The current has been racing but the fishing has been quite productive.

Good sized tuskies, gold band snapper, and good quality snapper have all hit the decks.
Now for all the latest information log onto www.fishingnoosa.com.au for up to date bar and fishing reports and don’t forget to drop into Davo’s Tackle World Noosa or Davo’s Bait &Tackle Northshore at Marcoola to find out what’s biting and where, and remember
Tight Lines and Bent Spines!

Tom Hobelt from Tinbeerwah won the $50.00 Davo’s Fish of the Week prize with this thumper 15.5kg red emperor from the Barwon Banks. Photo: www.fishingnoosa.com.au 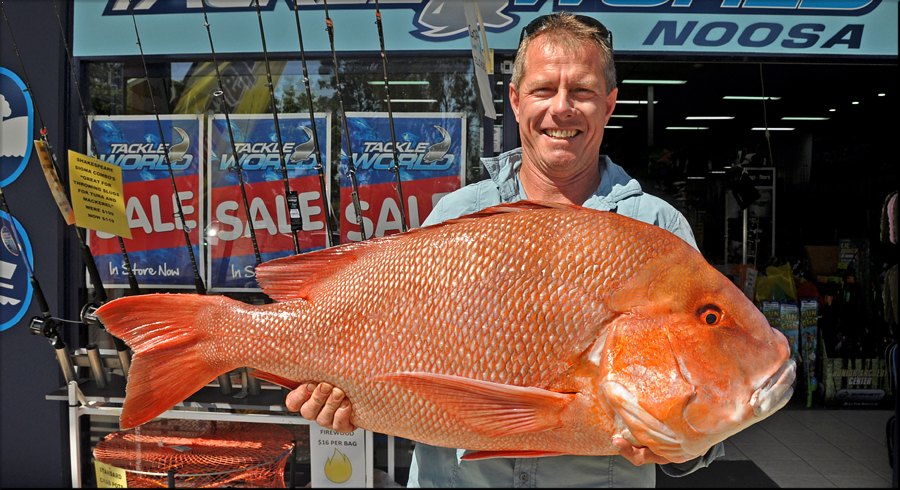 With the Easter holidays all done and dusted, Mother Nature continues to put the brakes …