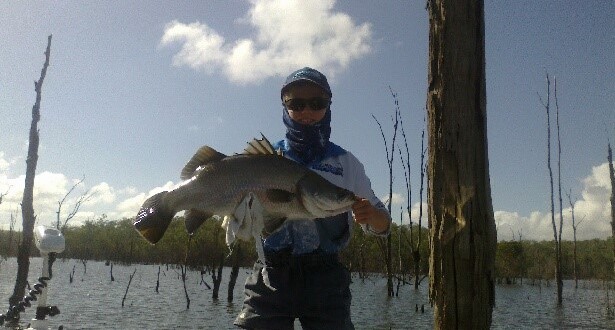 Finally, this weekend’s weather forecast looks like a fantastic chance to get out and chase a feed of reef and pelagic fish.
With the wind predicted to be under 15 knots all weekend and the new moon on Friday, it should be worth a go.

On the offshore grounds there has been good reports of lots of hussar, parrot, sweetlip, coral trout and some impressive red emperor caught over the past couple of weeks, so hopefully they’ll still be on the bite.
You just might need a little more weight with the bigger tides this weekend.

Closer to the coast around the Two Mile Reef and the Cochrane Artificial Reef, some anglers have been having some top sessions on tuna, mackerel and queenies.
Casting metal slugs and trolling lures around the working birds has been very effective.

Those fishing the artificial reef have also caught some nice snapper on lightly weighted pilchards at first light, but don’t be surprised if a spanish or school mackerel takes the baits intended for the reef fish.

The Burnett River has cleaned up nicely and the good news is that the fish are back on the chew.
Grunter of all sizes seem to be the most common species caught at the moment.
I’ve heard of good sessions around the Tallon Bridge and on the gravel patches just up from Kirby’s Wall.
The 4” Swimming Mullet from Gulp in any colour, rigged on either 1/4 or 3/8oz jighead has been doing the damage.

The Burnett has also produced some nice barra and mangrove jack.
Trolling lures that will dive to 20 feet around the rock walls and structure has been producing the goods.

Lake Monduran is finally starting to fire up.
Barra to 95cm have been caught during the past fortnight by fishing the points.
Most of the action still has been on suspending hard body lures.
One of my personal favourites is the Jackall Squirrel in the snubnose colour.

Young Matthew Smith with the 72cm barramundi he caught at Lake Monduran recently. 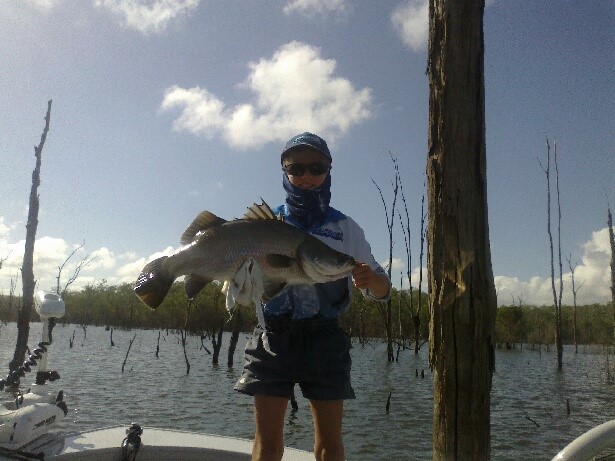 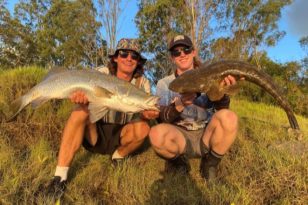 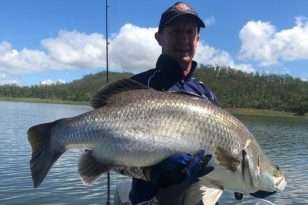 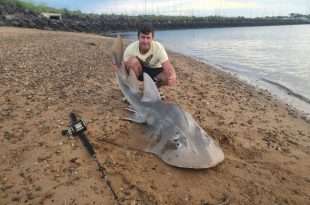 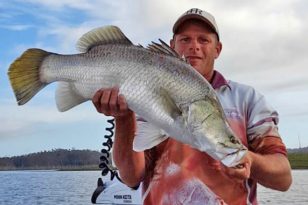