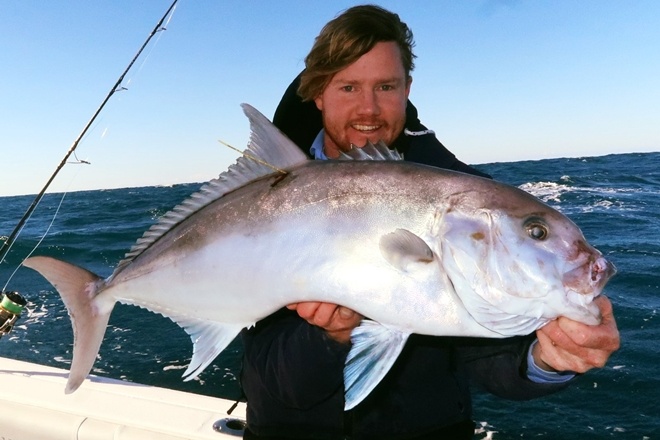 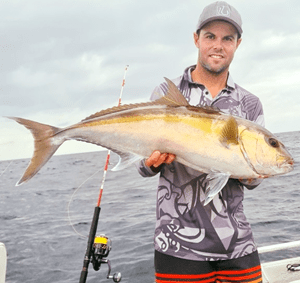 A samsonfish originally tagged south of Sydney has recently been recaptured.
Matt Ryan (see second image) recaptured the fish near South Solitary Island, off Coffs Harbour, on 27 February, 2021. The samson measured in at 95cm and an estimated 7.5kg. Matt re-released it with the original tag in place in the hope that it would be get recaptured again.
A quick search of the database revealed that the fish was originally released nearly three years earlier offshore of Shellharbour. It was tagged and released by angler Ian Osterloh, who measured the fish at 70cm and an estimated 4kg. The samson spent 1014 days at liberty and was caught more than 290 nautical miles (~535km) from its original release location.
Interestingly, another samsonfish tagged on the same day by Ian and his crew was recaptured offshore of Wooli in northern NSW. This recapture set the record for the furthest distance travelled by a samsonfish under the Game Fish Tagging Program.
These recaptures play a vital role in further understanding samsonfish movements. Currently, there is limited information about the scale and frequency of their migration on the east coast of Australia.
The Game Fish Tagging Program is a great example of your fishing fees at work! – NSW DPI Fisheries