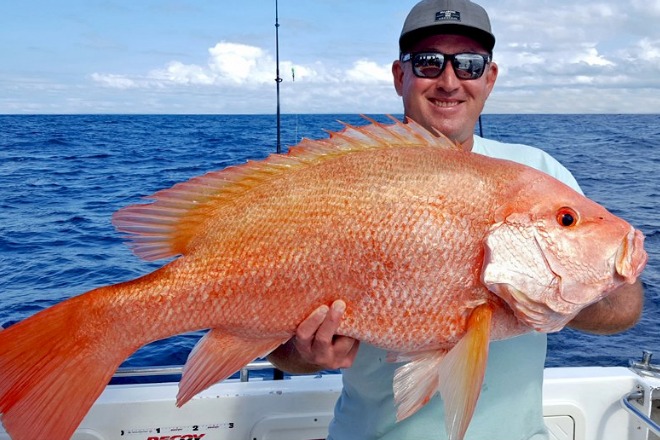 AFTER a mild winter and the days warming, it has made for a stellar start to the spring fishing season.

Quality whiting been taken around the sand flats and the sand bags. If using bait ensure you pick up some live or cured worms, alternatively some of the best lures returning a catch have been the affordable 70mm Strada Viral lures and 70mm Bassday Sugapens. If it’s the larger species you are chasing the flathead have been on the bite with popular baits such as frogmouth, small pilchards and fresh mullet strips. Great idea this time of year is to troll slowly over the sand flats last hour of the run in and the first half of the run out with minnow style lures such as Zerek Tango Shad, river2sea live minnow and the Strada Dredge 70mm all being the lures of choice. Mangrove Jacks have shown up in the area between the two lakes and around the rock bars at John’s Landing, try using suspending type lures, winding slowly while pausing letting the lure have more time sitting in the water column has produced great results. Lucky Craft Pointer lures in the 65mm and 78mm are great examples for this type of fishing. There’s still plenty of Trevally around the Woods bay and Noosa Sound area, with Golden and Giant Trevally dominating the captures.

Offshore the spring season has started well with some decent Pearl Perch in the 50m plus water mark taken at Chardon’s and North reef with squire, moses perch and jewfish also being caught. If you feel like venturing future north, off Double Island it has been producing better quality Snapper, Maori Cod and the occasional Red Emperor. Best baits have been squid, pilchards and slimy mackeral. If using slimy mackeral for chasing Pearl Perch butterflying the tail section and letting the 3rd hook lay loose in the fillet is a great idea.

On the Beach: the latest reports from Double Island have shown a size increase in the Tailor with the odd fish up to 3kg being caught at night in the northern region on Teewah beach, whiting have also been caught in good numbers in the shallow low tide gutters on live worms. Be sure not to cast too far when chasing whiting as they are normally found in close. If heading to Fraser Island, Tailor have also started to improve in size and make sure to take a slider rig as the Spanish Mackeral have been on the chew. Drop into Davo’s if you would like to find more about slider rig fishing.

The freshwater is still producing good bass which are mainly schooled up in those snaggy areas and close to the dam wall due to spawning season. One of the best ways to ensure a catch is using little max and instinct blades or the trusty Bassman spinner baits worked thru these schools is dynamite for this type of fishery.

$10,000.00 TAGGED FISH COMPETITION!
Don’t forget to register for this one! Competition Date: Next Sunday; September 25, 2016. A tagged bream will be released into the Noosa River system prior to the comp start and the lucky angler who catches it will win $10,000.00! Entry is free so what have you got to lose? You can view or download a pdf copy of the competition terms and conditions here.

You can register online here.

Save the date, Australia is having its first ever National Gone Fishing Day on October the 16th 2016, this special day is about all of Australia going fishing. So why not be in the biggest fishing event of the year. Register now.