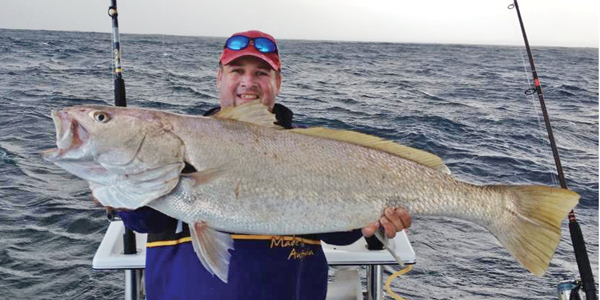 REDLANDS Boat Club and Wilson Fishing will host the 2015 Wilson Cleveland Classic out of the RBC’s Cleveland clubhouse from July 16-19, 2015.

The RBC and Wilson Fishing cordially invite all anglers to participate in this year’s Classic, whether they love fishing offshore, inshore or in the many estuaries along our amazing coastline.

This family friendly fishing competition starts at 11pm on Thursday, July 16 and fishing will continue until 12 noon on Sunday, July 19.

All competitors will collect their entry cards at the compulsory Thursday night briefing.

The event will feature a single weigh-in beginning at 11am on the Sunday, allowing anglers to fish whenever they want during the competition hours.

Anglers are able to fish anywhere they want, however fish taken from tidal lakes, saltwater impoundments and stocked impoundments will not be accepted.

Thousands of dollars in prizes will be given away and all junior competitors will receive a prize to the value of their entry – now that’s hard to beat!

Following the success of the competition in previous years, the target species have been expanded to 13 nominated fish categories in a first, second and Mossops Secret Weight format.

Prizes will be awarded to both senior and junior anglers.

The club places a large emphasis on encouraging junior anglers to participate, and with the support of the sponsors will be providing all junior anglers with a prize irrespective of whether they weigh in a fish.

Every angler who enters the competition will be eligible for lucky door prizes. 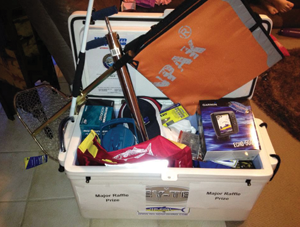 The Interclub Shield is a large, handsome shield and would be a great addition to your club’s trophy cabinet. Please note that only nominated members of a fishing club are eligible to earn points.

No points are awarded if an entrant does not nominate the club they are fishing for on the official entry form. Entry forms are available from www.redlandsboatclub.org.au or visit the Wilson Cleveland Classic Facebook page.