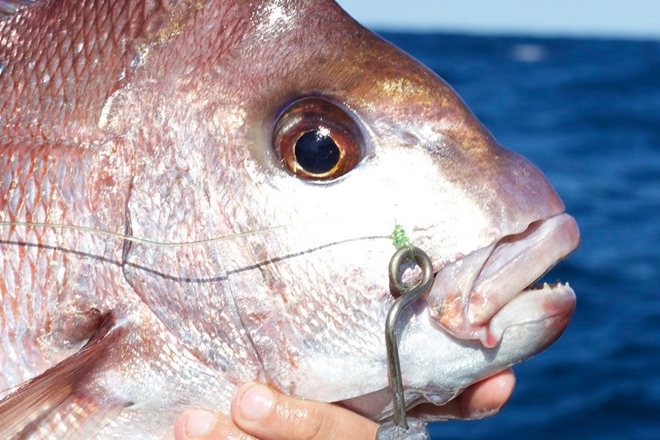 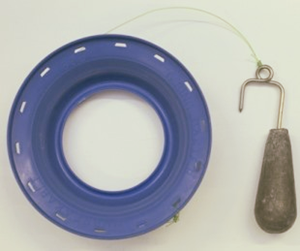 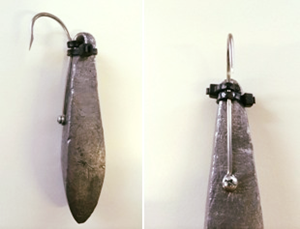 SNAPPER are well known as being one of our most popular sport and table fish. As all keen “reddie” fishos know, these prized inshore sportfish fight hard, look amazing and taste great!

These days more and more anglers are choosing to release some or all of their snapper (especially the bigger fish). If you choose to release snapper after you’ve caught enough for a feed or because you’re into catch & release sportfishing, there are a few tips to to maximise the survival of the fish you release.The first point to realise is that snapper are a highly resilient species well suited to catch & release fishing. DPI research indicates high survival rates for released snapper, even those caught out of deep water. The keys to snapper survival are minimising hook damage and getting the fish back to depth as quickly as possible.

The good news is that recreational fishers can do both these things simply and easily.First up is to target snapper either with lures or to use circle hooks if you’re fishing with bait. Lures – be they soft plastics, jigs or hard bodied divers – tend to hook fish in and around the mouth area. This significantly reduces the risk of internal injuries from deep hooking, meaning the fish you release have increased survival rates.

It’s much the same with circle hooks when bait fishing, either drifting “floater” baits back in a berley stream or fishing the bottom with a Paternoster rig. Circle hooks are becoming increasingly popular amongst die-hard snapper specialists not only because they reduce hook injury but because they provide such a solid hook up.
Circles are designed to hook fish securely in the corner of the mouth, which is a far more secure hook-set than that offered by a traditional “J” style hook, which often lodges in soft tissue inside the fish’s mouth or throat and can easily pull out.
Circles are definitely the go when targeting snapper on bait. Your local tackle shop with have a good range of quality circles on display. Go for quality non-offset models in sizes 6/0-8/0 when using larger baits like whole pillies or big fish strips and sizes 3/0 to 5/0 when using smaller baits such as squid strips.Remember to let the fish hook itself – no striking when using circles!
The other key to effectively releasing snapper is to carry and use a release weight, especially when targeting snapper in depths of more than 10m.
This simple yet highly effective tool allows you to easily get your released snapper back to depth, negating or minimising any problems associated with barotrauma.
Release weights are the preferred option when releasing snapper which may be affected by barotrauma. DPI advises against venting or “needling” snapper for release due to the risk of the fish suffering either serious internal injury or infections.
Commercially-made release weight are available but they are easy and cheap to make yourself.
Follow the simple step-by-step instructions below (see the pictures with this post for reference) and set yourself up with a DIY release weight to maximise survival of your released snapper!
DIY Release Weight
You will need:
1 large snapper sinker – minimum of 16 oz (450 g) up to 40 oz + (1130 g) for larger fish
1 long shank 7/0 stainless hook
1 small stainless screw (must fit through the eye of the hook)
2 cable ties
Steps:
1. Remove the barb from the stainless hook using a metal file.
2. Lay the hook on the sinker, with the hook shank finishing at the top of the sinker.
3. Use a small screw and secure the hook to the sinker (you may have to drill a small pilot hole).
4. Use two cable ties to secure and strengthen the hook position to the top of the sinker.
5. Attach heavy mono (~ 80-100lb), Venetian cord or similar to the bend of the hook. About 25-30m of line should suffice. A hand spool will help keep the line tidy and tangle free.
When you’re releasing a snapper with a release weight, place the barbless hook in its jaw, get it in the water and let the weight of the sinker take the fish back to depth. You’ll often find the fish releases itself once it gets down but a quick upwards jerk of the line is sometimes required.
Good luck!