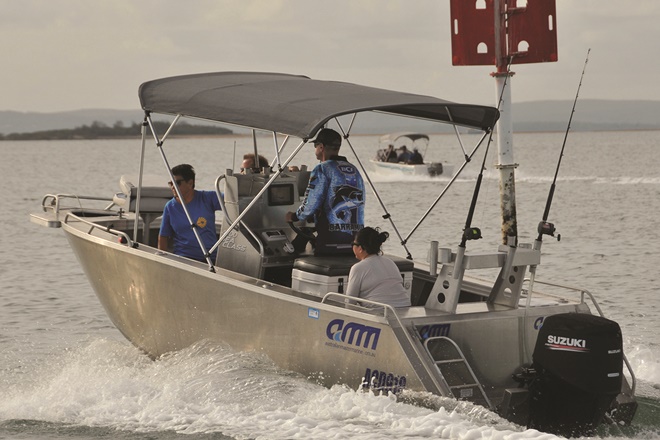 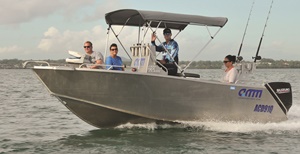 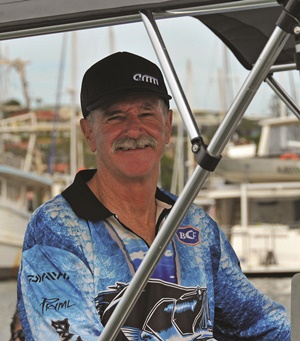 INTERVIEWS can be daunting for many people, but according to former school principal and assistant regional education director Jeff Munce, the one he underwent recently was an excellent lesson in how to decide which boat to buy.

The Brisbane-based retiree has owned a small flotilla of boats over the years including those under the brand names of Sea Jay, Quintrex, Abalone and Hookers so this time, and with some boating education already successfully completed, a custom alloy plate boat was likely to figure highly on the final report card. According to Jeff, the process of first being ‘interviewed’ about his boating needs by a boat builder, rather than having a salesperson attempting to ‘sell’ him a vessel already existing in a boatyard was an entirely new experience.

“I needed someone to guide me through the right set of questions and to give me the ‘fors’ and ‘againsts,” Jeff said. “I was after one of about 5m. I wanted to be able to cruise around the reefs near Cardwell and I wanted a wide console. Some years earlier, around 1999, I was looking to build a plate boat and Australian Master Marine was recommended as one of the companies that made a quality boat.”

However, they were more expensive than mass-produced hulls, so at that time, Jeff bought other boats.

“But when someone offered to buy my current boat, I thought, well this time I might build my plate boat,” Jeff said. “I needed someone to guide me and Matt Thomas at AMM interviewed me about my needs. I really liked the interview process where you say to them what you are looking for and Matthew asks questions around that and then gives you the for and against arguments.”

“I wasn’t really sure whether to fit trim tabs in that sized boat,” Jeff said. “Matt and his brother Barton took different viewpoints. But there was no pressure either way – just the fors and againsts. My son said trim tabs were a waste of time, but I did go with them and now that he has borrowed the boat a couple of times, he says gee, these trim tabs are good. There’s no such thing as a dry open boat, but this one is as close as you’re going to get. Down at Jumpinpin with that side breeze, I just lift that side a little and you’re as dry as anything. It’s not big there, but it’s choppy and it has been windy this year.”

Jeff has been over to Moreton Island a few times and coming back the boat has not broached or pulled to the side.

“There’s none of those bad habits,” Jeff said. “The bow doesn’t sink in and go under or dig in or anything like that, even though it’s sharp. One of my previous boats had a big vee and the thing used to broach down a wave and you couldn’t control it. Matthew said the Sea Class 4900 might rock a little at rest because it’s a deep vee and a smaller boat. I have to say it probably moves a little, but not as much as I thought Matt meant. I think it’s more than reasonable. When you’re getting a boat built, you never actually get to try it, so you’re really relying on the reputation. Anyone can make a boat look good.”

It sits on a custom-built AMM alloy trailer.

“Jeff’s personalised plate alloy boat has come up a real treat… and it was a welcome change to be interviewing the principal in my office rather than what sometimes happened many, many years ago,” Matthew said.