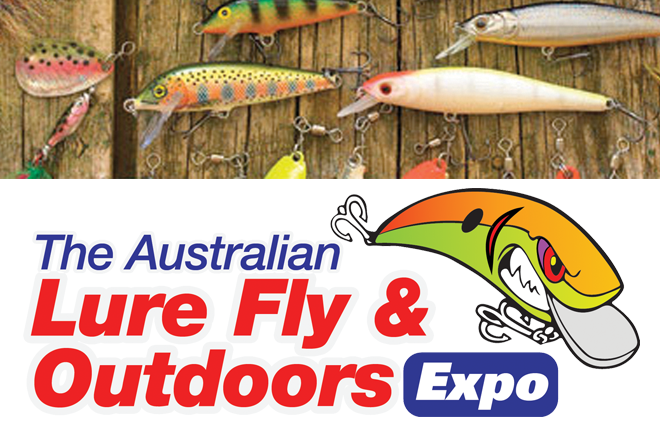 MOW the lawn, weed the garden and wash the cat, but do it all before July 16 and 17 because you will be busy that weekend at the Australian Lure Fly & Outdoors Expo, the biggest collection of Australian-made lures and flies in the world.

The Expo is the epicentre of the Australian lure industry where manufacturers exhibit their latest innovations and masterpieces, collectors buy, swap and sell and anglers (like kids in a candy shop) drool, shop and talk tackle.

Two days of non-stop action includes demonstrations in lure making and tips on timber lure carving, shaping, moulding and painting.
The Barefoot Fisherman Dave Hodge will be on hand throughout the Expo to wow crowds with his expert casting abilities and share tips on fishing, knots, rigs and cooking.

With a huge smile and even bigger handshake the Barefoot Fisherman is always a favourite for anglers of all levels. Some of Australia’s best fly tyers will also be spinning fur and feathers into realistic fish-catching imitations and giving tips and demonstrations for both the experienced and novice.

Lure collecting has taken the world by storm and Australia’s rich heritage in hand-carved timber lures rivals the best in the world. Like a museum full of van Goghs, the Lure Expo will have on display some of the rarest and most valuable lures in Australia’s history, including examples from famous lure makers such as Newell, McFeeters, RGM, Stump Jumper, Deception and Moller.

Anglers are encouraged to bring their old favourites for the experts to identify and evaluate because you may have an original timber lure worth a fortune in your tackle box. With so many lure makers in one location, it’s the ideal time to top up the tackle box.
Visitors can buy the latest, the hard to get or the cottage industry lures not seen in tackle shops.

The Lure Expo is also the place where manufacturers release their latest models and colours and sell off their seconds below cost, so bring your piggy bank because there will be bargains galore. This is the Expo’s fifth year running, growing from strength to strength since 2012 to become one of the most anticipated and best-run events on the calendar.

The concept of an Expo to celebrate Australian lures was my brainchild. After successfully running events to raise money for fish stocking, I decided there was a need to showcase Australian lures and help promote Australian lure and fly makers.I wanted to develop an event where people could learn how to make their own lures and flies as well as help promote lure collecting and preserve the history and products of the Australian lure making industry.
The challenge was to put a world-class event together on a shoestring budget that didn’t fleece the pockets of anglers but instead gave them valuable information, tips and realistically priced products. Now five years on, the Australian Lure Fly & Outdoors Expo has exceeded all expectations and is embraced by both industry and anglers as one of the not to be missed events of the year.

Throughout the Expo, a range of guest speakers will be sharing their knowledge on everything from fishing locations and species to how to use your fishfinder.

Most boat shows tend to be mostly boats with a bit of imported rods and tackle thrown in. This show spins it the other way with wall to wall lures, flies and tackle and some space allocated to showcase Aussie-made boats. With the demise of Brisbane’s Tinnie & Tackle Show, the Lure Fly & Outdoors Expo is also a great place to check out the various brands of tinnies on display. 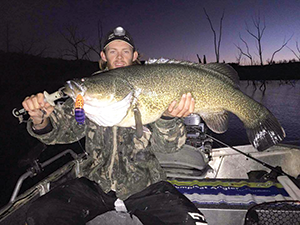 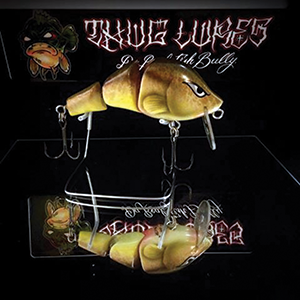 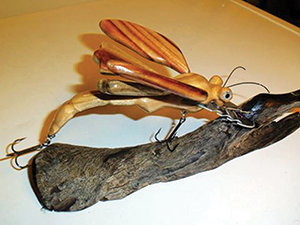 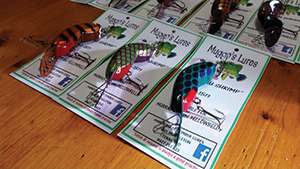 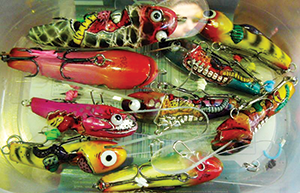 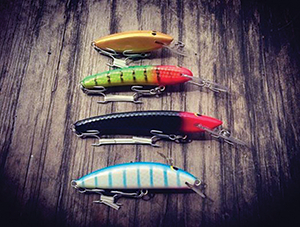 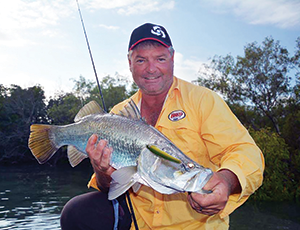 It seems the Expo is attracting a new wave of lure makers eager to show off their wares to the ever-growing crowds who flock to see the best lures in Australia. Check out some of the newbies in 2016.
Muggo’s Lures

A first timer at the expo, Muggo’s Lures are made on the Darling Downs and have a capture sheet of native fish that would be the envy of any lure maker.

Made in Dalby, these lures cover functionality for fishos and artistic flair for collectors. Not to be missed.

It’s hard to find a fellow from Inverell who doesn’t make lures. Water Stalker has a proven track record of catching big New England cod and other natives.

Functional and tough, Jungle Lures are produced in north Queensland with the local species in mind. These lure are made to fish.
While not the fanciest lures, they certainly catch fish.

Coming down from central Queensland, Eden Lures offers a mix of good design with great finish. Be sure to stock up on these lures for your next trip into barra country.

With the keen eye and trained hand of a tattoo artist, the attention to detail on Thug Lures needs to be seen to be believed.

It seems Greg Catt has been making lures forever. His lures have a huge following in the southern states. Queenslanders who are yet to see these lures are in for a surprise.

The Expo has in excess of 100 stall sites under one massive roof. There are way too many exhibitors to list them all here.
A few of the ever-popular ones are listed below.

Kuttafurra Lures are made by Aaron Young from Victoria, and his work is always in high demand. He never brings enough lures, so be sure to get in early.

Previous Lure of the Year winner big Jamie Judd will have a huge range of his popular lures available, brought up from his base in Goulburn, NSW. He will also be giving demonstrations on wood turning throughout the Expo.

With a huge following across the eastern states, AC Lures is a household name to many anglers. Anthony always brings something different from Wagga on the NSW Riverina.

If you’re a lure collector or just appreciate fine craftsmanship, be sure to find Bill and his boxes.

Fugly Lures are back again in 2016. Chris Sinclair’s creations have previously taken out the Most Artistic Award at the Expo and when you see his work in the ‘flesh’ you will understand why.

Lure of the Year Awards

What started out as a bit of fun at the first Lure Expo back in 2012 has blossomed into the equivalent of the Australian country music industry’s Golden Guitar awards. With an expanded number of categories catering to commercial and cottage makers of all types of lures from timber minnows to bladed lures, winning a LOTY Award guarantees increased demand and sales from tackle shops, collectors and the general public.

In 2016, the LOTY Awards and Hall of Fame dinner will be held in a separate function room only 100m from the Expo site and the events are open to the public. Tickets for the awards dinner will be on sale at the Expo food court on the Saturday morning.

The 2016 Lure Fly & Outdoors Expo will be held on June 16 and 17 at the Ipswich Showground and Exhibition Centre, 81 Warwick Rd, Ipswich. There is plenty of free parking and the venue is undercover, so come rain, hail or shine the show will go on. Entry fees are still $10 for adults, children under 16 are free and if one day is not enough to see it all you can also buy a two-day pass for $15.

The Australian Lure Fly & Outdoors Expo has grown from strength to strength, each year bigger and better than the last. For 2016 it will be the premier angling event of the year – don’t miss it. If you would like more information, visit www.lureshow.com.au