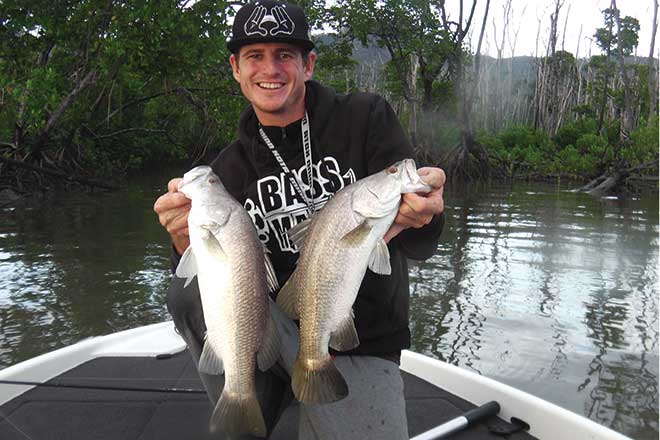 THE Bagley Lures Hinchinbrook Barra Bash was held just one week after the bass tournament at Lake St Clair and we made the 2000km journey north to a completely different type of environment at Lucinda in north Queensland.

Our first-round winners, Team Bass Mafia/Strike King consisting of Jon Millard and Ethan Farrel, once again claimed the title and now have a very solid lead in the Sunline and Lucky Craft Barra Nation Series.

The lads worked Strike King Square Bill lures through the heavily timbered banks and across the shallow flats to secure their limits each session, landing over 35 barra on the final day.

Team Humminbird/EJ Todd comprising Karim De Ridder and Craig Griffiths again finished towards the top of the pack. The guys also managed a full limit of 10 barra each session, and could have taken the win but lost some huge fish close to the net.

Rounding out the top three was Team Somerset Tackle, with Rhyce Bullimore and Robbie Rayner managing a 16 from 20 limit to really push the leaders.
The Bagley Big Barra of the event went to Mick Slade of Team Sunline who managed a solid 86cm fish around a deep hole found in the Hinchinbrook Channel. 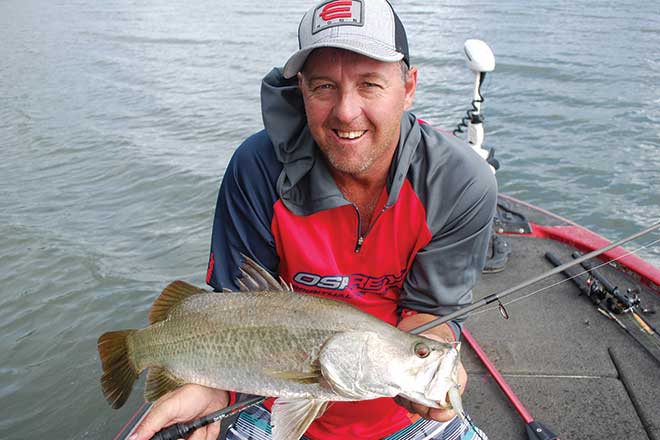 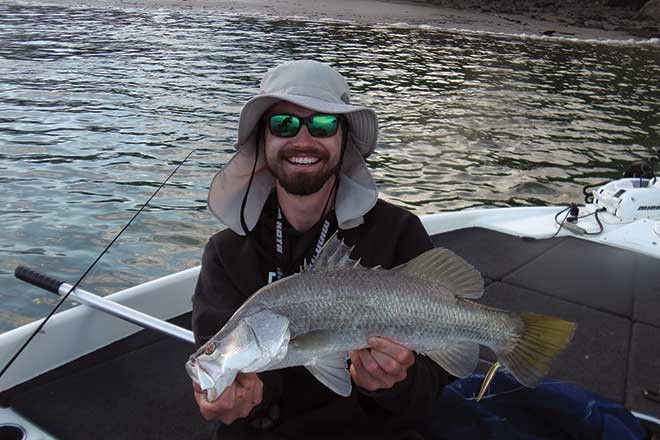 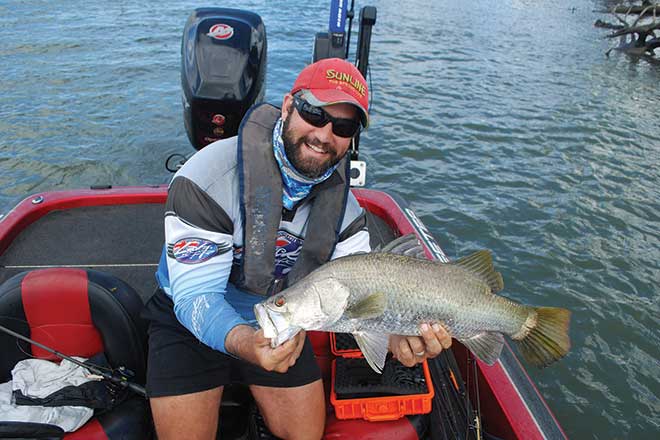 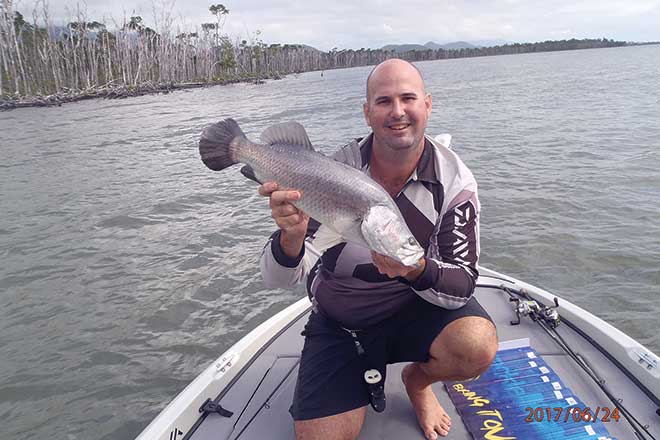