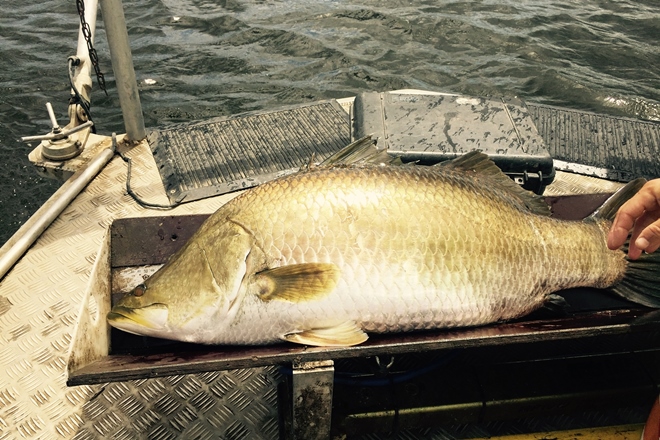 THE annual barra closed season along Queensland’s east coast will be effective from midday on November 1, 2015 through to midday on February 1, 2016.

Queensland Boating and Fisheries Patrol district officer Robert Ibell said officers will be stepping up surveillance during the three-month closure to protect this valued fish species during the summer wet season. “The barramundi closed season applies to all commercial and recreational fishers,” he said. “It’s important that barramundi are not targeted for catch and release during a closed season because the stress of capture may actually prevent the fish from spawning.”

Mr Ibell warned that any person found taking barramundi during the closed season could face fines of up to $110,000 through the magistrates court. “The higher concentrations of spawning barramundi make the species increasingly susceptible to illegal fishers,” he said.

“Size and possession limits still apply to barramundi taken from these waterways,” he said. “The minimum size limit is 58cm and the possession limit is one during the closure.” For fishers in the Gulf of Carpentaria and west of the tip of Cape York Peninsula, the barramundi closed season is already in place. “Commercial fishers must also adhere to stringent restrictions placed on their netting operations to protect the high numbers of brood stock that move into estuarine waters. “QBFP relies on the support of the public to help protect our fishing resources for future generations. “People who suspect illegal fishing are urged to do the right thing and report it to the Fishwatch hotline on 1800 017 116.”