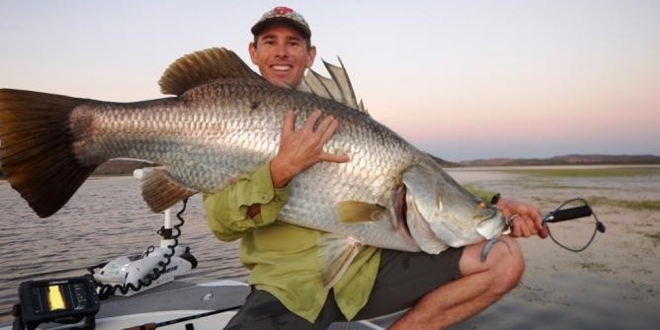 Barra on the Bite for Lake Moondarra Fishing Classic

To be hosted at Mount Isa’s picturesque Lake Moondarra just 15 kilometres outside of the iconic mining city’s CBD the annual Fishing Classic is tipped to attract in excess of 500 competitors and thousands of spectators over its 3 day duration. Kicking off at 6pm Friday October 23 the 2015 Classic will boast over 20 fishing categories including $50,000 up for grabs for the Mount Isa Water Board Tagged Barra, champion junior and senior angler categories and lucky nomination prizes for both juniors and seniors.

With mystery weight and senior and junior heaviest weight categories up for grabs for species including Longtom, Catfish, Archer Fish, Sleepy Cod, Sooty Grunter and Barramundi competitors will share in thousands of dollars in cash, trophies and prizes. Fishing will wrap up at the newly extended time of 6pm Sunday, October 25 and all the action will then culminate with live entertainment followed by the 7.30pm presentations. Just $30 for seniors and $10 for juniors (under 15 years of age), nominations will be available from Tool n Tackle or Outback at Isa through until lunch time on the Friday of the competition when they will then be available from the nomination tent on site until culmination of the competition. With nominations also entitling supporters to free camping anglers of all ages and skill levels and outdoors fans alike are encouraged to support.