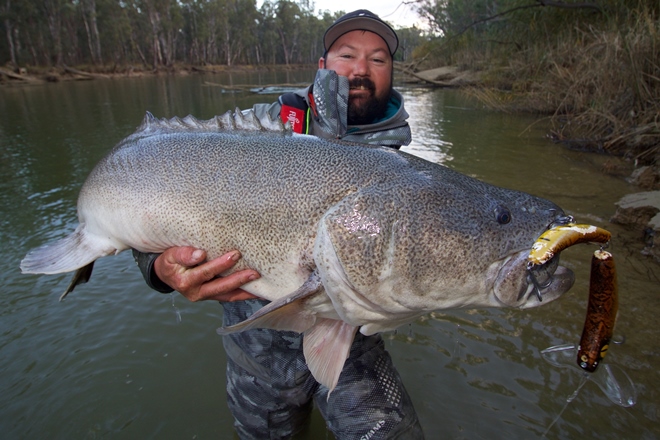 IT’S been confirmed, the latest series of Big Angry Fish will hit Australian TV screens on December 9 – and this time there’s an Aussie aboard.

Series 6 of the New Zealand-made show, which has developed a strong following both there and in Australia, will be shown at 4.30pm on Saturdays on 7mate.

The show is already a favourite, with hosts Milan Radonich and Nathan O’Hearn sharing epic fishing moments (both good and bad), stunning scenery and amazing wildlife, all while focusing on their speciality – showing people how to get big fish in shallow water.

Season 6 features 13 episodes, with the BAF crew at their best fishing in New Zealand and Vanuatu.

An Aussie, Lubin Pfeiffer, has joined the Kiwi boys, bringing with him his passion for chasing all manner of big, shallow water fish particularly large kingfish and snapper on lures and Australia’s largest freshwater fish, the elusive Murray cod.

“Lubin’s a brilliant addition,” said Milan. “He really knows his stuff and his passion is infectious.

“Big Angry Fish certainly started out as New Zealand fishing show, but now we’re in Aussie as well which gives us the best of both worlds.”

Season 6 also sees the boys heading out of home water again with two spectacular episodes recorded in Vanuatu where they take viewers through a range of new techniques.

Viewers will also see Nathan beach-land his biggest bronze whaler shark (BIG) while Milan will catch his first ever marlin.

Mercury Marine is a proud supporter of Big Angry Fish, providing a 300hp Verado for the team’s off-shore machine, a Tristram 701, as well as a 150hp Mercury for the Tristram 600 they use for ‘inshore stalking’.

“This was our first season filming with the Mercury outboards, and we were literally catapulted into the action,” Nathan said.

“We didn’t expect the Verado to have so much boogie! At the same time, it turned out to be really quiet, which is great for both the fishing and when spending lots of time on the water.” To check out all the details and check out all the earlier series, visit bigangryfish.tv