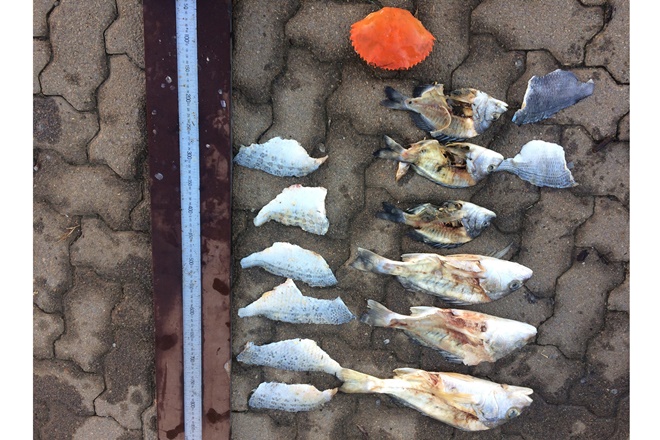 A BURNETT Heads father and son have been fined $19,000 for significant black market fishing activity involving more than 90 illegal transactions.

Minister for Agricultural Industry Development and Fisheries Mark Furner said the pair were unlawfully selling thousands of dollars worth of prawns and mud crabs, and were found in possession of regulated fish and commercial fishing apparatus.

“This prosecution follows a year-long investigation by the Queensland Boating and Fisheries Patrol following complaints from the fishing industry,” Mr Furner said. “A search of a Burnett Heads premises uncovered regulated fish including barred javelin, bream and mud crabs, and a fishing net larger than permitted for a recreational fisher. We have zero tolerance for black marketing. Tough enforcement is vital to building a legacy of a sustainable fishery for our children and grandchildren.”

Both men entered guilty pleas to the Bundaberg Magistrates’ Court.

Mr Furner said black market selling of fish product was an insidious practice, which threatened the viability of legitimate fishing operators. “That’s why the Queensland Government has taken such a strong stand against black marketing with the introduction of new offences and penalties, including up to three years jail and $390,000 for trafficking in seafood,” he said. “These two men were lucky they were prosecuted before the new laws came into effect, otherwise they may have been facing a significantly higher fine. QBFP uses a range of techniques and technology to uncover illegal activities, including surveillance cameras. We also recently deployed drones as part of our compliance enforcement effort, making it even harder for people to hide illegal activities.”