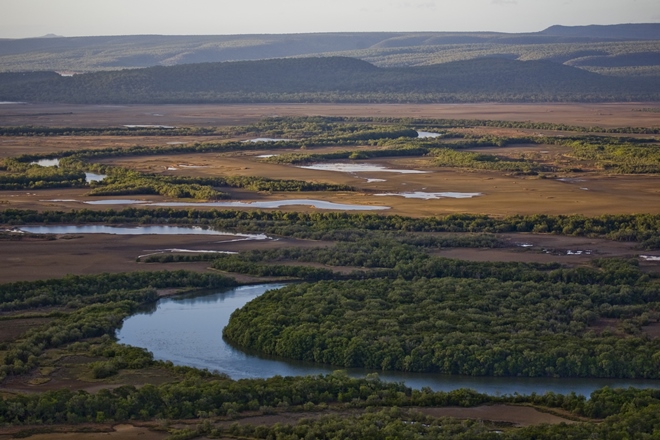 TRAVELLERS heading to national parks on Cape York Peninsula are urged to check the Queensland Parks and Wildlife Service park alerts and reliable road conditions websites because some areas will be closed until mid-June or later.

For the safety of travellers and to avoid road damage, many of the peninsula’s visitor sites and tracks are closed each wet season.

This year some areas in the south of Rinyirru (Lakefield) National Park (Cape York Peninsula Aboriginal Land) were due to reopen on Monday, May 16, while the areas north of the Lakefield ranger base will remain closed until further notice.

Elsewhere on Cape York, Cape Melville National Park (CYPAL) is anticipated to reopen on August 1, 2016, subject to road and weather conditions. Most camp sites in Oyala Thumotang National Park (CYPAL) should reopen on June 20, 2016, subject to road and weather conditions. Exceptions at that park include Governors Waterhole and Horsetailer Waterhole, which are expected to open in late July subject to roadworks, and Langi Lagoon and Night Paddock Lagoon, which will remain closed in 2016 for cultural reasons.

At Jardine River National Park and Heathlands Regional Park, most campsites are open with the exception of the Captain Billy Landing track and campsite. The Captain Billy Landing track is being upgraded using heavy machinery, so that track will be closed until June 14, 2016. All campsites within Kutini-Payamu (Iron Range) National Park (CYPAL) are now open.

See park alerts at www.npsr.qld.gov.au/park-alerts/index.php for updates. For up-to-date information on local road conditions, visit the Department of Transport and Main Roads website at www.131940.qld.gov.au and the Cook Shire Council website at www.cook.qld.gov.au  And of course remember to be croc-wise in croc country.