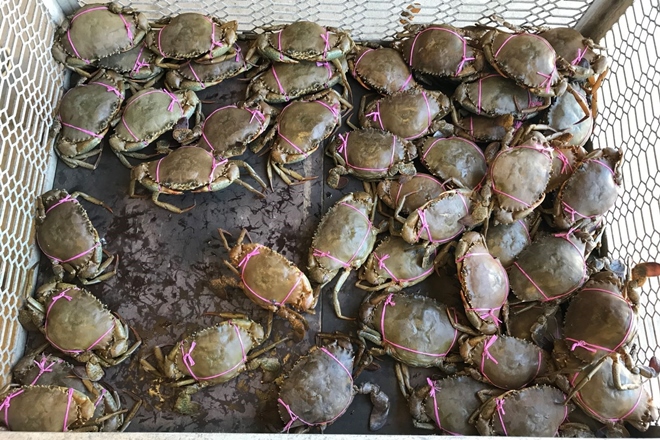 Member for Rockhampton Barry O’Rourke said the court’s penalty sent a message to all fishers that the illegal take of Queensland fisheries resources will not be tolerated. “By blatantly disregarding Queensland’s fisheries laws and taking protected species such as female mud crabs, these fishers have threatened the sustainability of fish stocks and the future viability of their industry,” Mr O’Rourke said.

Minister for Agricultural Industry Development and Fisheries Mark Furner said both offenders were licensed commercial fishers who have been fishing in the area for more than a decade and they should have known better. “All fishers need to know and abide by fishing regulations and requirements, including crabbing requirements,” Mr Furner said. “Those who do the wrong thing will be caught and go before the courts, and as this case shows they can face very heavy fines. We make no apologies for being tough on illegal fishing. This is what it takes to build a legacy of a sustainable fishery for our children and grandchildren.”

The Magistrate imposed a fine of $14,000 and recorded a conviction against a 29 year-old man who had a history of previous fisheries offences, while a $12,000 fine was given to a 49 year-old man. For more information on Queensland’s new fishing regulations, visit www.fisheries.qld.gov.au, call 13 25 23 or download the free ‘Qld Fishing’ app from Apple and Google app stores.