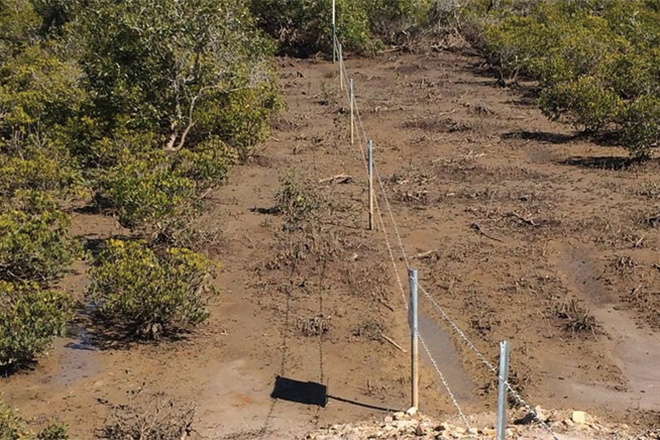 A COMPANY was recently fined $40,000 at the Hervey Bay Magistrates’ Court for causing damage to a substantial area of marine plants.

“The plants were destroyed and the company was subsequently charged under the Fisheries Act 1994. “The company was fined $40,000 in the Hervey Bay Magistrates’ Court and ordered to pay $7594.33 in professional costs.” Mr Bowness said all marine plants including mangroves, saltmarsh and seagrass are protected under Queensland law.

“This protection applies to all land tenures, including private, leasehold or public lands and whether the marine plants are alive or dead,” he said. “Check with Fisheries Queensland prior to undertaking any activities around marine plants as heavy penalties apply to any unauthorised disturbances.”

“Another fisher was fined $2800 and ordered to pay $1000 in professional costs in the Bundaberg Magistrates’ Court. “The fisher was charged with five counts of unlawful possession of commercial fishing apparatus.”