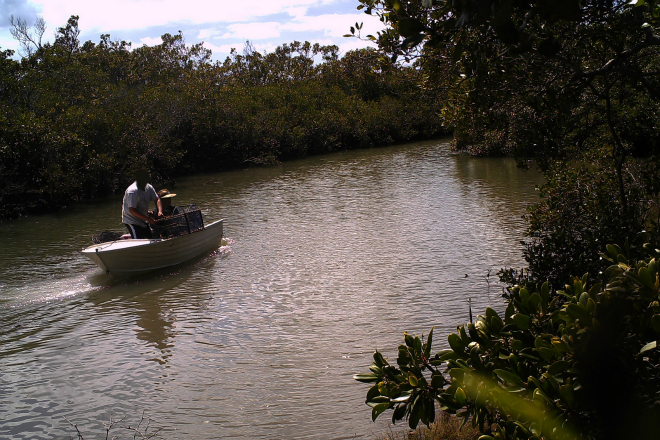 “We have been receiving more complaints about theft of crabs from pots, so patrols are being stepped up,” Mr Watts said.

“It is a major problem for both recreational and commercial crabbers.

“For the commercial crabbers, they pay licence fees, and any theft from their pots can have a dire effect on their income.

“As part of this operation, 21 fisheries infringement notices have been issued with fines totalling nearly $25,000.”

Officer in charge of Redland Bay Water Police sergeant Paul Ryan said search warrants were executed on two homes in Brisbane, with police recovering a number of allegedly stolen crab pots and other items of interest. “Three men were issued with notices to appear for stealing along with other unrelated matters,” he said. Mr Watts said stealing crab pots was a criminal offence, so those caught and information relating to such an offence would be referred to the police.

“QBFP relies heavily on the ongoing support of the community to provide relevant and timely information relating to potential offences concerning our valuable fishery resources.
“If you suspect illegal crabbing, whether seen in person or online, report it immediately to the Fishwatch hotline on 1800 017 116 and submit any video footage or photos directly to QBFP.
“It’s important you don’t engage the person, as this can compromise an investigation.”