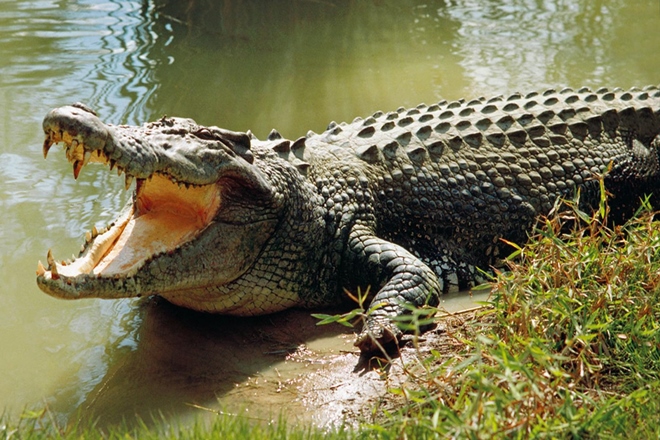 A CROCODILE has been spotted three times underneath a Fraser Coast wharf this month.

A spokeswoman from the Department of Environment and Science said a number of sightings had been reported regarding a crocodile seen at Little Tuan Creek under the wharf near Eckert St at Boonooroo. The reptile has reportedly been seen on March 4, 12 and 16.

“On all three occasions the animal was not behaving in an aggressive or otherwise dangerous manner,” the spokeswoman said.

The animal is estimated to be about 2.5m long, but that information had not been verified by the department. Warning signs have been placed in the area, with wildlife officers investigating during the day on March 13 and doing a night spotlight patrol of the river.

No evidence of crocodile activity was found. Staff are currently investigating the most recent sighting on March 16.

Crocodiles south of the Boyne River are targeted for removal.