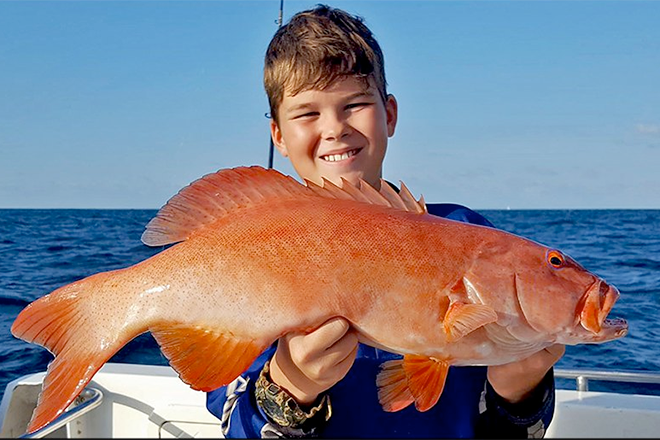 The early bird catches the fish at Noosa

In the Noosa River, it has been a case of the early bird catching the fish, Trevally, queen fish and tailor have all been taken on the surface with both poppers and surface walkers doing some serious damage. Woods Bays, the back of Noosa Sound and the first Ski Run have been the pick of the spots. Try Duo Poco Poco poppers, Atomic K9 walkers and the new small Nomad Chug Norris poppers. Good whiting have also been on the chew on the run out tide at the Frying Pan and the River Mouth. Best results have come from fishing the sand banks and the drop offs as the water drains. Fresh beach worms and super sharp Instinct Blood worm hooks with fine 6lb Leader with additional red tubing for extra attraction in the dirty water is the go. Flathead are still in great numbers throughout the lower reaches and have responding well to brightly coloured soft plastics in a prawn profile, Zerek Live Shrimp, Gladiator Prawns and the Flick Prawns from Fish Candy have really been firing. For those that love there baits, small fish baits and strips baits of fresh mullet and bonito have also claimed some great fish. Mangrove jack are also on the chew and have been taken around rock bars up between the lakes and around the river mouth rocks. Live baits have been the most productive. Lures including Samaki Thumper tail, Zerek Live Mullet and Jackson Quiet Beats have worked well when worked slowly along the bottom using heavier lines and leaders.

On the beaches with the strong wind condition and larger swells last week it has not been the ideal conditions for a fish. But as conditions improved this week there will be plenty of close gutters for the kids to fish. There has been plenty of dart on offer with whiting and flathead also on the cards. Fishing worms, prawns, and small fish baits has produced some good catches. Whether it be up on the Noosa North Shore or the southern beaches there seems to be plenty gutter with fish for the kids to tangle with over the school holidays. For those anglers that have been up for an all-nighter the evening tide has produced some good tailor, small jew and some stonker dart.

On the Offshore scene: with the weather a little average last weekend angler were pretty much river bound. This week looks a little better with forecast conditions set to improve. As the waters quality improves and clears up, good spanish mackerel should start hitting those lures, try using trolled baits and the very popular Spanish Special lure, live baits and floaters fished in a well maintained burley trail have also seen some great results. Spotted mackerel and tuna should also been in great numbers and feeding on the bait schools on the closer reefs, casting metal slugs has seen some great results, make sure you let the slugs sink a little before retrieve as the bigger fish will hold that bit deeper. Sunshine Reef is again fishing well for Cobia, coral trout, sweetlip, pearl perch, cod, trout and good size Moses perch. North Reef has been good for Cobia, venus tusk fish, pearl perch, moses perch, snapper and hussar. Out on the wider reefs where the water is that bit clearer the pelagic’s should really be on the chew, big Spanish, wahoo and big tuna will all be responding to skirted lures , trolled hard bodies and fast moving slugs.

In the fresh; the water quality should soon be clearing up. Deep diving lures including OSP Power Dunk, Eco Gear CX 35HS have been working well along the drop offs at Lake MacDonald and Borumba Dam. Smaller spinner baits cast onto the weed edges with a medium paced retrieve has also been working well for bass. Surface lure are also working well in the low light periods, using a quite walk the dog retrieve has been the most successful,  give the , zip baits Fakie Dog or similar Jackson risk Baits a go.