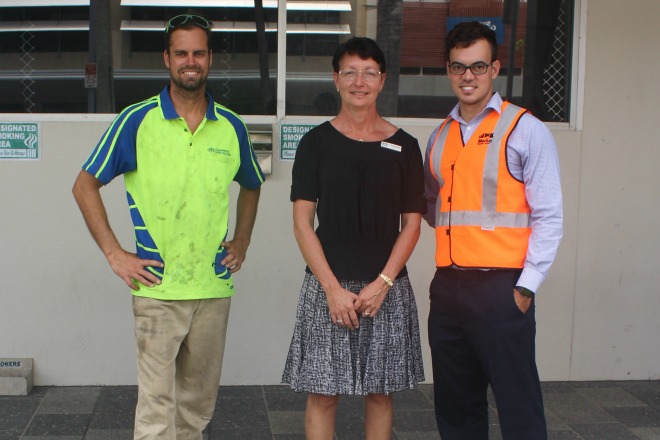 Filtering through the trash for cleaner waterways

A LOCAL engineer has developed an innovative litter-catching device that will improve the health of Mackay’s waterways and marine environment.

A total of 41 litter baskets have been installed as part of a council and Reef Catchments initiative aimed at reducing the amount of rubbish that enters the Pioneer River and Great Barrier Reef lagoon. The baskets were fitted at various locations around the Mackay City Centre as well as some outlying suburbs in an effort to create cleaner waterways.

“The baskets have been installed below the road invert where rubbish that would otherwise flow into our waterways is netted in a filter mesh lining,” she said.


“The devices are expected to capture a combined one cubic metre of litter per quarter which will have huge benefits for the health of our waterways, river and coast.

“To alleviate the risk of flooding, the baskets also feature an overflow mechanism and will be maintained by council four times a year, focussing on the wet season.” Reef Catchments coasts and biodiversity coordinator, Stefanie Wabnik said the traps would target the identified ‘Top 10’ street pollution items for the Mackay region.

“We are expecting to see a major reduction in debris entering Mackay’s water system, primarily soft plastics like wrappers, food packaging and plastic bags, alongside cigarette butts,” she said.

“Other targets include foil and aluminium cans, bottle tops and lids and plastic drink bottles.

“This kind of litter, left unchecked, has the potential to damage and disrupt our valuable aquatic ecosystems and water supply.”

This project is a joint initiative of Mackay Regional Council and Reef Catchments, through funding from the Australian Government Reef Programme. Reef Catchments obtained $20,000 funding for the project and council will maintain the traps.