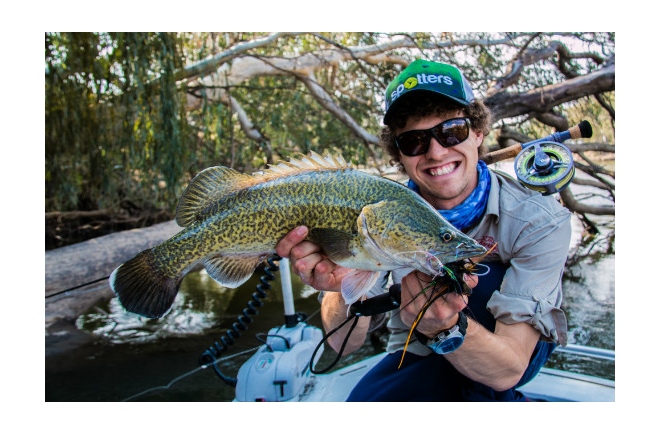 NEW advisory material explaining how native fish respond to flows and what it means for recreational fishers has been developed by the NSW Department of Primary Industries in partnership with the Murray-Darling Basin Authority.

The video and series of infographics have been developed in close consultation with anglers across the NSW Basin through an Engaged Anglers Advisory Group. DPI Fisheries identified the need to work more closely with recreational fishers following a state-wide survey conducted in 2016. DPI’s senior fisheries manager Dr Katherine Cheshire said fish play a critical role in the entire river system and are the basis of a billion-dollar recreational fishing industry.

“Looking after fish by using water for the environment can support spawning and growth to adults, and provides a range of environmental, social and economic benefits, including better fishing for target species such as yellowbelly,” Dr Cheshire said. “It is important to have recreational fishers involved as the custodians of this shared resource.”

Well-known Mildura angler and advisory group member Vas Saris said it was the first time NSW fishers have been invited by government to help create targeted communications advice to inform and educate others on issues such as using water for the environment for native fish, fish ecology and water management. “We’ve never had this level of engagement before from the government and we have helped them translate complex information such as river regulation, environmental flows and the science behind it in simple terms that makes it easier to understand,” Mr Saris said.

Mr Saris said he is one of many anglers committed to sharing information that will bring about a greater understanding of why fish need flows. “It’s so important to understand what water managers, scientists and the government are doing to help nurture and improve our fisheries through water management and that’s why we think it’s better explained by recreational fishers,” Mr Saris said.

The video and infographs are available at dpi.nsw.gov.au/fishing/habitat/rehabilitating/fish-and-flows