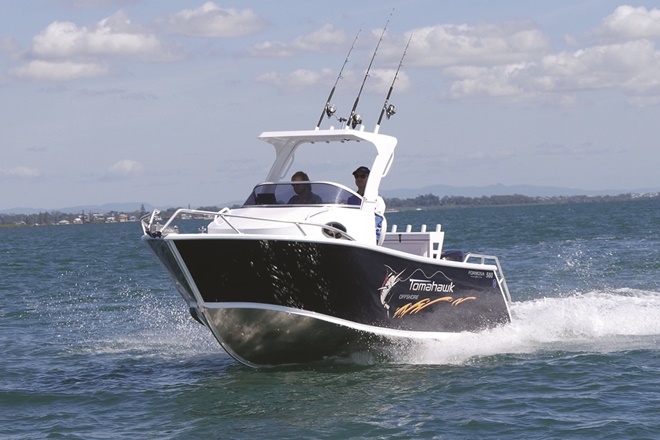 A RECENT pristine day on Moreton Bay saw me on the water testing a boat I’ve had a soft spot for since a young age: a Formosa Centre Cabin.

Specifically, I was commandeering the 580 Centre Cabin in Tomahawk V2 Offshore hull configuration, as supplied by Australian Marine Centre with a 140hp Suzuki fourstroke outboard. Constructed from 4mm plate aluminium all round, the beamy (2.45m) Formosa makes a statement to onlookers with a curvaceous chine line and high-gloss paintwork. Oval-shaped ‘portholes’ in the cabin and the swept-back look of the factory rocket launcher and optional hard top visor ramp up the visual appeal, ensuring no one will mistake this distinctive boat for any other model on the water.

As mentioned, I’ve had a hankering for a Formosa Centre Cabin since my younger years, and though the design may have evolved since my dad and I looked into buying a 550 Centre Cab back in 2007, the core principle of useable cabin space paired with walk-around versatility remains unchanged. Centre cabs are often referred to as a suitable compromise by dedicated side and centre console fishos as well as more family focused cuddy cabin boaters.

I think the compromise they offer between next to zero protection from the elements (console boats) and overnighting, boat-based camping ability (cabin boats) is more than liveable. In the Formosa 580 Centre Cabin’s case, when equipped with bunk cushions the cabin provides enough space for a lie-down, though your feet hang over the end of the bunks, so the cab is best utilised as a place for the kids to have a kip when they tire of fishing. Between the bunks is a large recess perfect for stowing bags and other odds and ends while underway or fishing.

Being the Offshore model, our test Formosa was built around a self-draining aluminium deck perfect for quickly clearing water from the deck in the unlikely event of a wave making it over the side. Hydraulic steering and a transom door that opens to the rear pod complete the factory-fitted Offshore-specific feature list. Stepping up to the helm you’re afforded quite a high seating position on comfy sliding seats mounted upon boxes that incorporate generous storage.

After sliding the seat into the perfect driving position for my frame, I found all the controls fell easily to hand and the factory steering wheel a delight to behold and handle. With a great view over the dashtop-mounted Garmin sounder/GPS and flush-mounted Suzuki digital gauge, it was time to punch the throttle and point the nose of the 580 Centre Cabin towards Peel Island. Rod from AMC had played with props prior to our test day and while he wasn’t totally convinced by the prop on this motor, the performance didn’t disappoint.

Rated to a whopping 175hp, our test boat’s 140hp Suzuki four-stroke felt punchy right from the outset, and jumping onto the plane from 3000rpm, the hull quickly scooted out to a 38km/h cruise speed at 4000rpm, returning an incredible 2.9km per litre fuel economy figure. With a 200-litre fuel tank as standard, this equates to a realistic motoring range of 522km, leaving 20 litres of fuel still in reserve!

Wow, that’s a serious range and shows the efficiency offered by Suzuki’s latest generation of Lean Burn outboards when combined with a well-designed hull. Those are crazy numbers and would make a trip out and back to the continental shelf an absolute doddle. Nudging the Suzuki’s throttle lever further forwards saw speed rise steadily to a maximum of 65km/h at wide-open. That’s a respectable top end for a super-economical combo well below the max-rated horsepower.

It left me wondering how the 175hp motor would get along though, and I’d expect a V-max somewhere in the vicinity of 80km/h with the bigger Suzi. However, I’m not sure the trade-off in fuel use would be worth the extra outlay for more speed, as even ripping along at 56km/h and 5500rpm the 140hp motor was returning 2.1km per litre economy – impressive! All but die-hard speed junkies would be more than satisfied with the combination tested here, with loads of mid-range shove to aid in bar-crossing situations.

Whenever I test a decent size boat in Moreton Bay, the crap weather miraculously decides it’s going on holiday and we’re treated to a beaut day on the bay. The 580 Centre Cabin’s test day was no exception and I had to go looking for waves to test the hull’s mettle. When I did find the odd cruiser wake I felt the hull tracked cleanly no matter my angle of attack.

The ride was also surprisingly soft, as looking at the hull’s 18.5-degree deadrise I thought it might be a bit ‘slappy’, but 50km/h over some westerly wind chop that blew up on the way back to the ramp resulted in a pretty damn smooth ride. Only once did any spray make its way over the bow and onto the windscreen, when I charged into my own wake while executing a turn and simultaneously slowing down during photography. Nice driving, Dan.

Make no mistake, this is a very offshore-capable boat and I’d have no qualms recommending a Formosa 580 Centre Cabin to anyone, whether a bay-only fisho or regular offshore angler. And of course, the boat’s trump card is right there in its name: that centre cabin versatility!

Formosa’s design team did a great job of balancing cabin size and walkaround ability, and as such I could walk around to the anchor well without having to shimmy sideways between the cab and gunwales. This makes the configuration ideal for those times when you’re fighting a flighty pelagic that can’t decide whether it wants to head to Hawaii or the Logan River and you’re running all around the boat trying to stay connected. Many anglers spend countless sleepless nights trying to decide on the boat that fits their needs best.

I implore all those sleep-deprived fishos to go and have a chat to Rod at AMC about designing a Formosa Centre Cabin to suit their specifications. Able to provide shelter from the elements as well as all-round fishability, a Formosa Centre Cabin makes a whole lot of sense as the perfect fishing and family boat. And don’t forget, Formosa boats are built how you’d like, with almost endless options and customisable features.

For any more information on the extensive Formosa range, jump on formosamarineboats.com.au

Finally, check out the video below of the Formosa 580 Centre Cabin in action.

Daniel is BNB's subeditor and occasional fish-wrangler. If you've got a great story or at least an idea for one, flick Dan an email at editorial@bnbfishing.com.au
Previous Full moon next Monday ensures hot fishing
Next Shark Control Program to protect swimmers gets a big budget boost 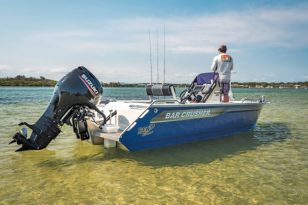 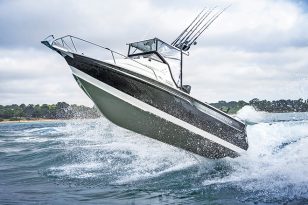 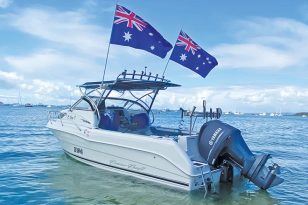