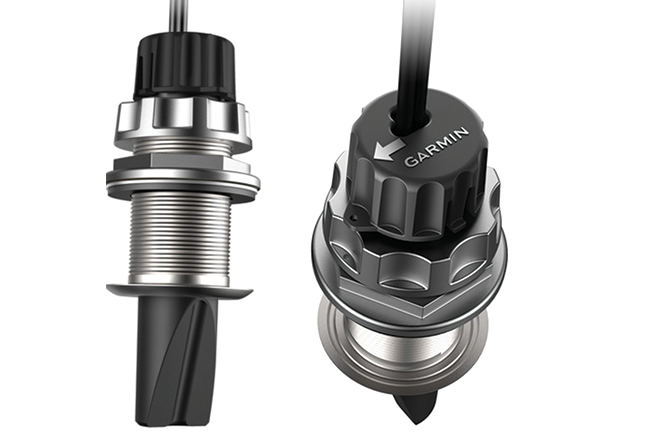 Designed to give boaters more confidence and peace of mind when navigating unfamiliar water, the new phased-array multi-beam transducer incorporates Panoptix FrontVü forward-looking sonar, which displays the bottom up to 90m ahead of the boat at eight to 10 times the current water depth.

Coupled with its fast update rate, the PS51-TH delivers almost instant feedback of what’s in front of the boat to provide the information skippers need to make critical navigation decisions – and the time to react to obstacles by changing course, if needed.

Thanks to its narrow beam, forward-looking sonar (20 degrees), the PS51-TH allows skippers to focus on the bottom in front of the boat and shows fewer false positives of obstructions off to each side. It also includes an AHRS sensor for motion stabilisation in rough conditions.

Compatible with a wide range of Garmin chartplotters, FrontVü sonar data can be easily shared with other chartplotters across the Garmin Marine Network. With an easy-to-understand interface, FrontVü clearly displays the bottom and provides a digital depth and temperature, so there’s no need to buy a separate traditional transducer for basic depth information.

No black box is needed – simply plug the transducer in once it’s installed and start exploring with more confidence than before. The PS51-TH pulls double duty providing boaters both FrontVü and LiveVü Forward technologies. LiveVü Forward shows an image of targets moving towards or away from the boat, even while stationary, in real time.

The feature can be used in a split screen with other Panoptix all-seeing sonar views, so boaters can see real-time sonar imagery of what’s around and in front of their boat at video-like speed. Supporting power and sail hulls with a deadrise up to 25 degrees, the stainless steel transducer’s low-profile installation withstands speeds up to 45 knots, with optimal operation at speeds up to eight knots.