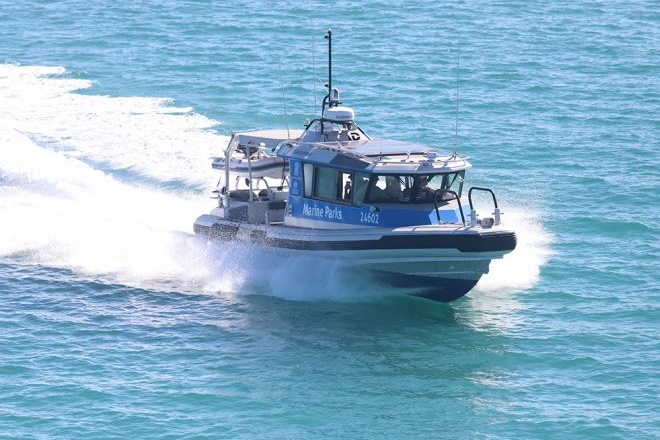 MARINE Parks helicopter patrols across north Queensland are continuing to catch fishers poaching in green zones, with several offenders fined and convicted in the past month.

A series of no-take green zone poaching offences recently went before the Cairns, Townsville and Mackay Magistrates’ Courts, with fines up to $2850 and four convictions recorded — three out of the four were detected by aerial surveillance.

“It’s really important all commercial and recreational fishers know where they are in the Great Barrier Reef Marine Park and what’s allowed there,” Mr Simpson said. “Science is telling us that zoning is working to protect the Great Barrier Reef and contributes significantly towards replenishing fish stocks in areas open to fishing.”

The Marine Park Authority is calling on the community to do its part to protect its patch by reporting suspected illegal fishing or poachers to a free 24-hour hotline 1800 380 048 or at www.gbrmpa.gov.au/report-an-incident. Reports can be made anonymously and every report is followed-up.