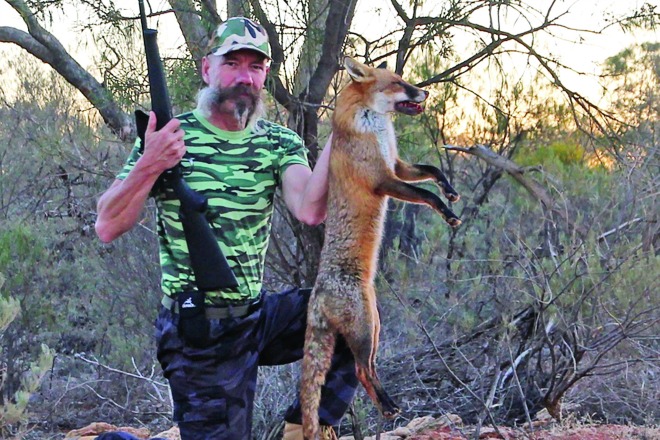 How to Whistle for Foxes

IN this article I will inform you how to effectively whistle for foxes, which are by and large considered one of the greatest threats to native Australian wildlife.

An often-touted fallacy among anti-hunters (for political ends) is that Australia’s non-professional hunters take up the pastime because they enjoy killing. These misguided protest addicts generally come from concrete habitats and have no practical experience with the rural environment. Away from big city lights, hunting is a necessary means for the control of introduced pest animals. Like a significant majority of mum and dad shooters in Australia, my only motivation for hunting is for the conservation of native wildlife.

I learnt to shoot in my youth and for several years was a competitive silhouette target shooter. After a decade without a firearm in my possession I was compelled to take up hunting once again, about 10 years ago, to control Indian mynas on my rural block, which is a registered ‘Land for Wildlife’ conservation property.

That campaign of ‘conservation hunting’ has broadened since to include the other two of the top three contributors to the decline in native wildlife: the feral cat and the European red fox. Current estimates of the population of foxes in Australia stand at seven million. Their range is even now creeping into the Kimberley region, with its unique and very vulnerable small mammals.

The consequences of an uncontrolled fox population are obvious and disastrous. Foxes are by no means restricted to rural areas, with significant populations in all mainland capital cities with the exception of Darwin. Security cameras regularly capture foxes prowling for food in suburban and industrial areas too.

When I recently placed remote game cameras on my block to monitor the comings and goings of native nocturnal wildlife I was shocked to find images of foxes almost every night. This offered an immediate explanation for the decline I’d noticed in numbers of bandicoots, brown quails and buff-banded rails and the regular disappearance of the majority of the ducklings from the four native duck species nesting in my paddocks.

Something obviously had to be done. Baiting, even with the allegedly wildlife-friendly 1080 bait was not an option due to the number of domestic and working dogs that wander my area. I’m also concerned that 1080 may have significant impacts upon native carrion and opportunistic feeders (magpies, crows, goannas and so on).

The only 100 percent guaranteed selective eradication method is daylight shooting. Foxes have a reputation for being wily, so you might think that hunting them in daylight would be a nigh-on impossible task. Streets more effective than stalking foxes is luring them within range with a decoy whistle.

Being able to whistle for foxes is an art form that can be tremendously effective once mastered. It can also be extremely frustrating before you get a few results under the belt to give you some faith in the technique.

Here are a couple of pointers for those wishing to try whistling for the first time.

As for actually calling a fox with a whistle, there are no hard and fast rules.

Sometimes they’ll simply trot straight up to your feet, but they can be very cagey and stop to test the air, pause while they look for movement and so on. Once the fox has approached to the ideal distance for a shot, you may need to say “stop” to get it to pause.

Like all animals, make sure your quarry is quickly and humanely dispatched. Taking one fox from your chosen spot doesn’t mean you need to move. Just wait a few minutes and then recommence whistling; there’s no such thing as just one fox!