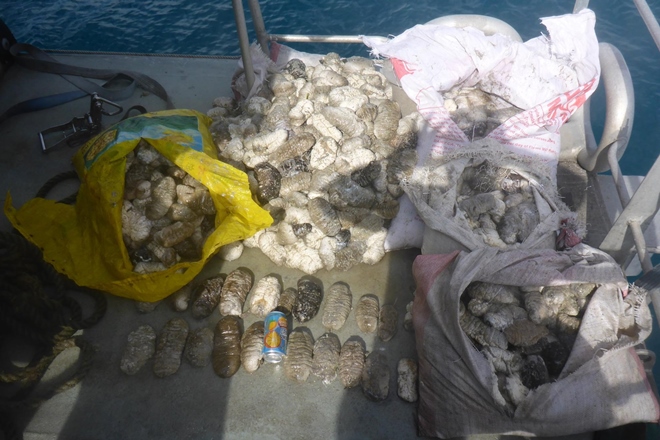 Penalties for the fishers included fines totalling $7000 and good behaviour bonds.  Their boats were also confiscated and destroyed. Three separate cases were heard before the court in relation to breaches of Australia’s fishing rules and regulations off the coasts of Queensland and Western Australia by Vietnamese and Indonesian fishers respectively. 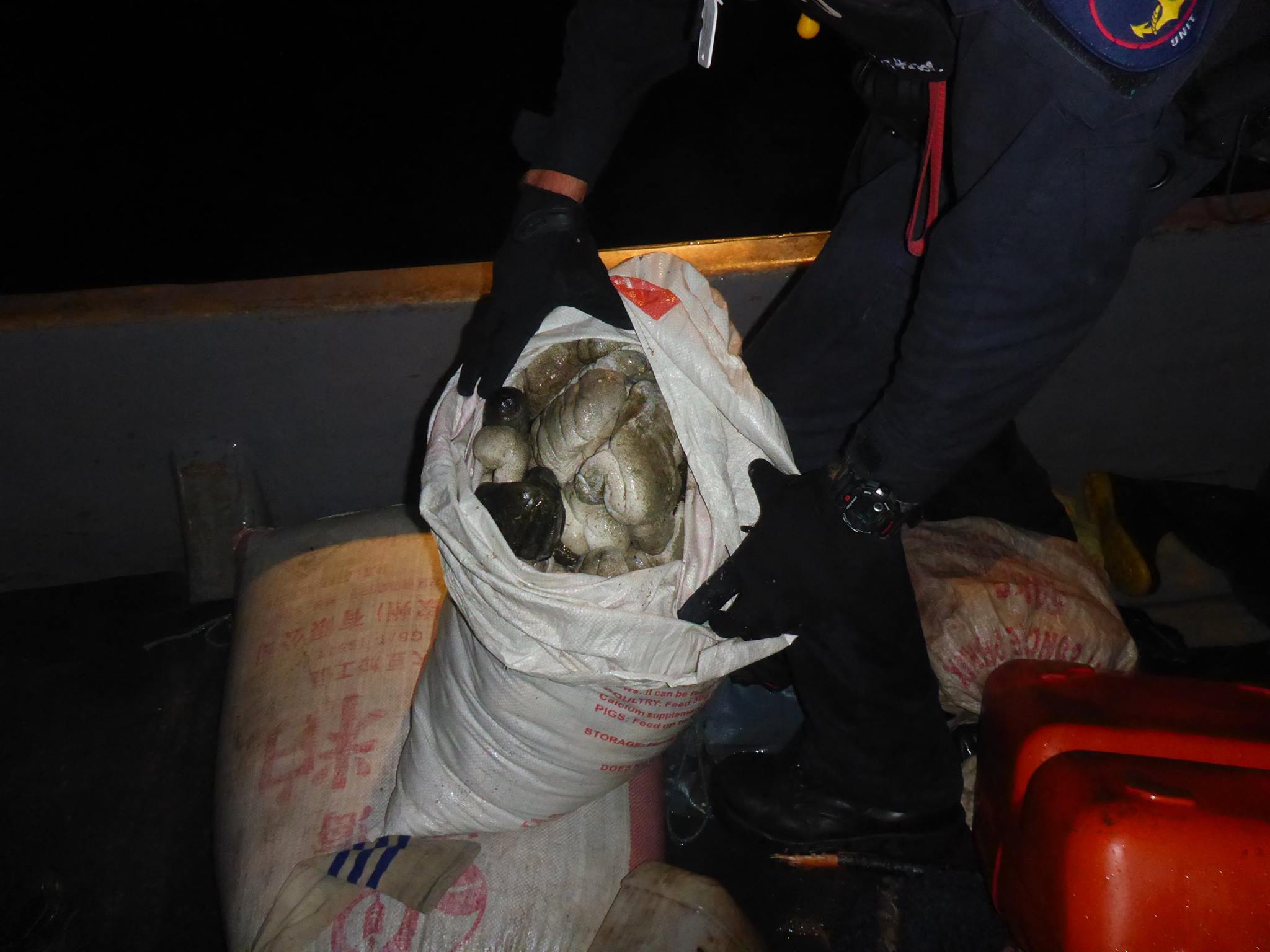 On March 26, 2016, two Vietnamese vessels were sighted by Queensland Police within 23 miles of the Australian mainland, near Lockhart River, Queensland. The Australian Border Force and Australian Fisheries Management Authority then apprehended the vessels and discovered fishing gear and about 8.7 tonnes of bêche-de-mer.
The two masters and one crew member of the Vietnamese fishing vessels were convicted and placed on two-year good behaviour bonds.  In addition, both vessels were confiscated and destroyed by AFMA in Cairns earlier this month.

Also over the Easter weekend in waters north of Western Australia, an Indonesian vessel was apprehended for suspected illegal fishing.

The master of this vessel pleaded guilty to being in charge of an unlicensed vessel and fishing in Australian waters and received a fine of $5000. Three crew members, who were known repeat offenders, were also convicted of fishing charges with two receiving fines of $1000 each and the other six weeks of jail time. The vessel was also confiscated and destroyed by AFMA in Darwin.

AFMA’s general manager of Operations Mr Peter Venslovas said these convictions were a warning to those seeking to do the wrong thing. “If you do the wrong thing, you will be caught and face the penalties for illegal fishing,” Mr Venslovas said. “Actions to prosecute offenders and destroy their vessels have been a major factor in the steep decline in the number of incursions in northern Australia decline over the last decade. However, as Australia has well-managed fisheries and healthy fish stocks, there is always the temptation for illegal foreign fishers to try their luck and we need to remain vigilant.”

AFMA will continue to work with our Commonwealth and international counterparts to deter illegal fishing. More information on how Australia is working to combat illegal fishing can be found at afma.gov.au