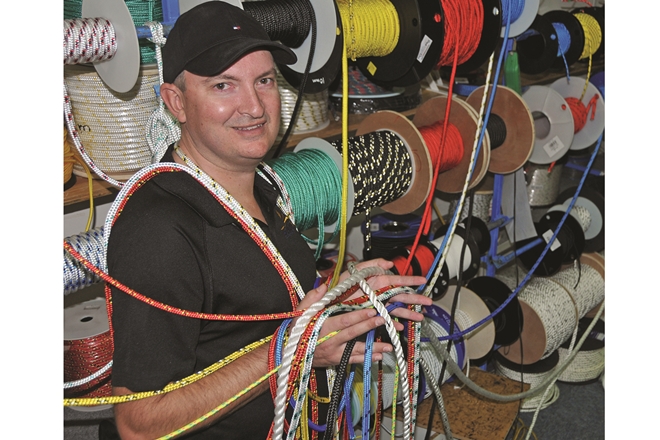 Don’t get into a knot over rope types

WAY before Tarzan started swinging his way through the African jungle canopy on natural vines, seafarers had crafted magnificent ropes from all sorts of materials including hemp, manila and cotton, specifically for use in boats.

Coupled with a clutch of great knots like the bowline, the figure eight, the rolling hitch, the sheet bend and others, they quickly learnt some rope types were better at some tasks than others. Today there are the natural fibre ropes like sisal and manila as well as the synthetics like nylon and Kevlar – the choice and combinations are virtually limitless. But what rope types do you need on your boat?

Well that depends on what you are trying to achieve – anchoring, lashing, securing, rescuing, winching or a dozen other functions. Here’s a quick overview and some very rough price indications noting that in general terms, rope gets much cheaper the more you buy – perhaps even less than half its price per metre, if purchased in a bulk coil.

As another rule of thumb, the greater the diameter of the rope, the higher the price for that particular material. There are of course further variations according to the quality of the rope. Those variations can sometimes throw a price guide wide open and similarly, so does the overall quality and consistency of the rope over a given length.

Obviously, there are many other types of rope available as well, but they are probably not quite as relevant to Bush ‘n Beach readers. For example, the double braid polyester and pre-stretched polyester ropes have high UV resistance and are a popular choice for yachting applications.

They lay well when being tidied up on a yacht and don’t stretch much which again, makes them a great choice for yachts. And there’s also the Kevlar rope, which is a very high strength braided rope that is a great choice for racing yachts where huge strain is imparted on them. No surprise that Kevlar rope is seriously expensive.