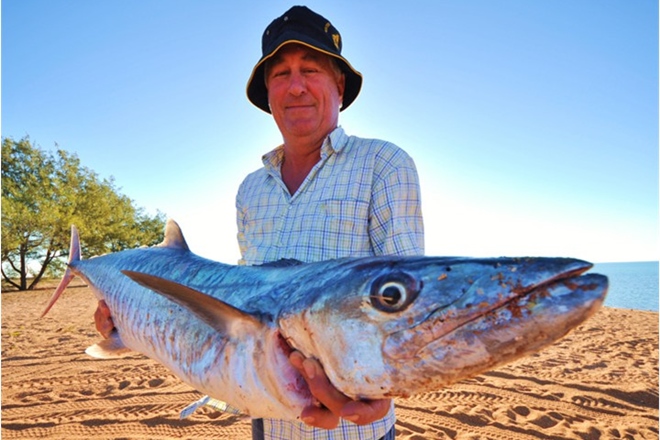 Mackerel on the Bite Early in the Gulf

SPANISH mackerel have been on the bite early at Sweers Island in the Gulf of Carpentaria where anglers usually have to wait until the cooler months to target these pelagic fish.

Word is spreading about the early arrival of the spaniards and Sweers Island Resort owners Tex and Lyn Battle have fielded a few inquiries from keen anglers. “Kuranda resident Brendan Kent had this species on his bucket list for years, but he was never able to visit during mackerel season,” Tex said.
“He saw some of the earlier photos on Facebook, flew over for a weekend last month and was lucky enough to catch his first spaniard, which weighed about 10kg and was caught using a pilchard with gang hooks. We have a Board of Fame for the best mackerel of the season, so it will be interesting to see if they are bigger than last year’s prized catch by Graham Wellings from NSW.”

Graham hauled in a mackerel missing about 40cm of its tail.

“A shark must have got it on the way in and even with the bite it was still the biggest mackerel that year, weighing 23.5kg,” Lex said. “It probably weighed up to 28kg before it was attacked, making it a kilo bigger than the largest I have ever caught in the 29 years I have been here. 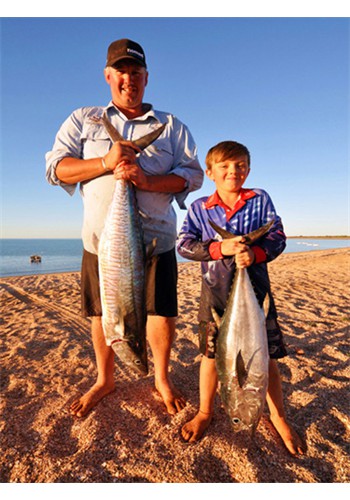 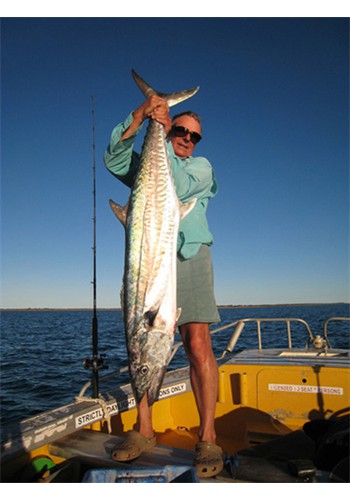 Graham comes up a few times a year, so he was also a deserving winner of the Baysport Boats longest coral trout comp last year after landing a 69cm barcheek trout. He was here in time for the early spaniards this month but didn’t catch a big one, so will be back again in July to try his luck.”

Sweers Island Resort is located in the Gulf of Carpentaria, 70km north of Burketown. For more information, phone 07 4748 5544 or visit www.sweers.com.au