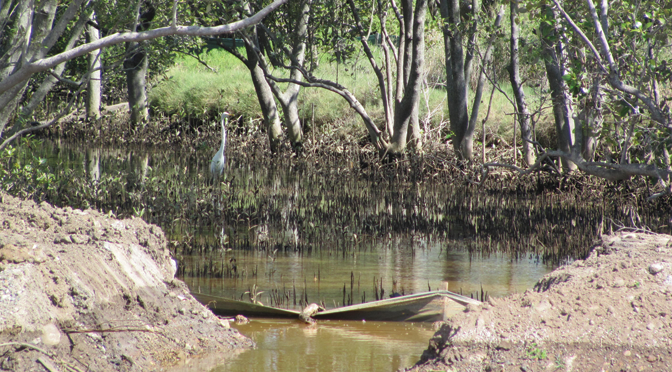 A BRISBANE development company has been fined $10,000 and ordered to perform restoration works for clearing 752sq m of mangroves from a site in Pinkenba.

Queensland Boating and Fisheries Patrol district manager Brett Depper said the company had been approved to clear 260sq m of marine plants, however exceeded this limit and breached four conditions of its development approval.

“The company had been approved to clear 260sq m of marine plants as part of its development approval process, provided a number of strict terms and conditions were met,” Mr Depper said.

“A couple of months after works commenced on the site, a member of the public called the Fishwatch hotline concerned about the works being carried out on the site.

“Subsequent investigations found the company had cleared a 752sq m area of marine habitat and four breaches of the conditions of their development approval were detected.” 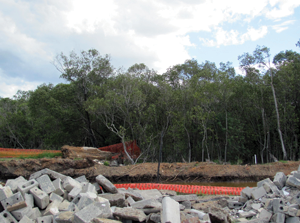 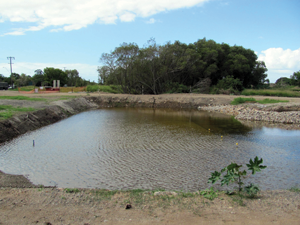 Mr Depper said developers needed to understand their obligations and environmental responsibilities in works they undertake. “With 75 percent of Queensland’s fish species dependent on estuaries and fish habitat areas for part of their life cycle, these environments are incredibly important for fishing,” he said.

“Disturbances to marine plants, however minor, have a cumulative effect that can lead to a long-term decline in local fish production and general aquatic health. “The future sustainability of Queensland’s recreational, commercial and indigenous fisheries is at stake if fish habitats are not protected.

“It’s important developers strictly comply with the terms and conditions of their development approvals so that the environmental impacts of their works can be mitigated. “Substantial restoration of marine habitat is required in this case, which in itself is a significant cost to the developer.”

The Fisheries Act 1994 protects all marine plants in Queensland including mangroves, seagrass, salt couch, and in specific circumstances melaleuca and hibiscus species, regardless of whether marine plants are on private, leasehold or public lands, or alive or dead.

Report marine habitat disturbance to the Fishwatch hotline on 1800 017 116.